Professor Zubov: Donetsk and Lugansk are a very heavy burden for Putin, especially under conditions of economic recession 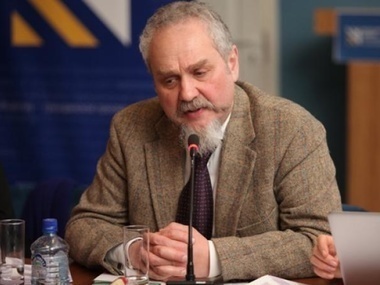 – According to Putin's order, troops of the Russian Federation have to be withdrawn from the border that is why Boris Nemtsov made a conclusion that the Novorossiya project is closed. Do you share this point of view?

– Putin’s first project was complete destabilization of the situation in Ukraine and its return to the area of the former CIS. It did not work out. The second project was to split Ukraine into two parts: Novorossiya that is loyal to Russia on the one hand, and the other part will perish due to economic problems. It did not work out either, and there were demonstrations both in Odessa and in Kharkov in May. The third project is an attempt to create an enclave resembling Transnistria within the Southeast of Ukraine. In effect, it was not a success either because it did not work with Donetsk and Lugansk regions, there was a fairly small piece, economically unsound and demanding very big investment as everything is destroyed there, the economy is destroyed and many people live there.

– But it became clear long ago…

– It seems to me that the Novorossiya project was closed as long ago as in June. After Poroshenko's success at the elections, it became clear that the population of this so-called Russian-speaking part of Ukraine still belongs to Ukraine rather than Russia. In this sense, this project has not been carried out for a long time. But the third project is now closed, too. In effect, Putin is facing a very complex problem because he does not need either Donetsk or Lugansk. On the contrary, under the conditions of recession where Russia is plunging in economical terms, caused in many respects by sanctions and dropping of oil prices, this is a very heavy burden. The Crimea alone is a very heavy burden, but Donetsk and Lugansk together are a bigger and a heavier burden. Therefore, it is necessary to get rid of them somehow. Nobody is going to make them part of Russia, it is impossible. Putin’s main goal now is to lift sanctions against Russia. At least to alleviate them. And for this purpose, he must at least observe the Minsk arrangements. But it is the first step, and it is necessary to proceed.

– And will not such a decision cause discontent among extreme Russian nationalists who support the idea of reconstruction of the Russian Empire? How dangerous is it for Putin and the Kremlin power?

– What can we do if most of Russia’s population is electrified by these nationalist appeals? If Putin as Strelkov says, "surrenders" Novorossiya now, then this population will be against Putin, because they do not support Putin personally, they support the idea of revival of the empire. If Putin gives up this idea, they will turn away from Putin. So actually Putin has driven himself into a corner, and, in my opinion, there is no solution to this problem that will allow him to retain power, and Russia to escape sanctions even at the expense of surrendering of Donetsk and Lugansk. What was sown in February and March is mown now. Russia in general is in a difficult economic situation, and the Kremlin regime is in a very difficult political situation. It virtually cannot continue operating as it did it earlier.

– Nevertheless, it should be noted that the population of "DNR" and "LNR" mainly support the pro-Russian course. How can this situation be changed?

– The population of "DNR" and "LNR" support the pro-Russian course because they are cut off from the Ukrainian mass media, they are force-fed with Moscow and local "DNR" propaganda. If they saw the world from a wider perspective, the situation would be different. It is not that everybody would support Ukraine, but, at least, more people would do it. Besides, let us not forget that "DNR" and "LNR" do want to Russia. As well as the Crimea, they want to the Soviet Union. But the Soviet Union does not exist anyway and so they will not find themselves where they wanted to be.

– Will the new Berlin, or, how I would call it, the Donbass wall help Ukraine?

– As for the border, of course, it is necessary to strengthen this new line so that separatist forces could not invade other southeast regions. It means that it is not a border, but a military defense line. I think, President Poroshenko clearly said a few days ago that they do not want to give away a single kilometer of the Ukrainian territory, neither in the Crimea nor in the southeast nor anywhere else. Time certainly works in favor of Ukraine as a single unitary state. Time does not work for these enclaves, for the results of the Russian aggression and Putin's regime. Therefore, we now need patience, courage, resoluteness and sensible diplomatic activity. But not to surrender anything, then you will not lose nothing. I heard from some Ukrainian colleagues, ’Let us give away the Crimea and Donbass. The main thing is that the rest of Ukraine should develop towards Europe, and let them sit where they want.’ It is a wrong position. We have to act, and then I am sure that the future will be very optimistic for Ukraine.