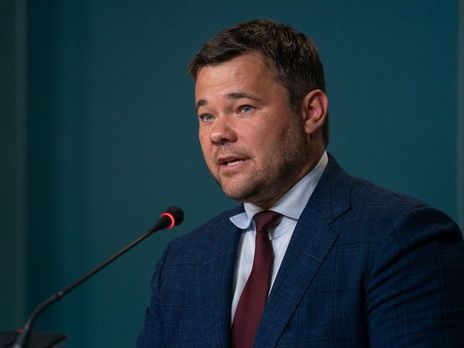 Rechinsky claims that Bogdan (pictured) had a tooth knocked out
Photo: president.gov.ua

According to journalist Stanislav Rechynskii, after a fight with Head of SBU Ivan Bakanov Andriy Bohdan, Head of the Office of the President of Ukraine, is not showing up for work. Sonia Koshkina, LB.ua’s editor-in-chief, has also confirmed that fight had occurred.

On October 30 at the Office of the President of Ukraine there was a fight between Andriy Bohdan, Head of OPU, and Ivan Bakanov, Head of SBU. Journalist Stanislav Rechynskii reported about it via his Facebook account.

“Tem Ze (the president of Ukraine Volodymyr Zelensky – GORDON) broke bad. This Wednesday Bakanov and Bohdan had a fight on Bankova. Since then Bohdan is not showing up for work. What caused the conflict was designation of the Head of SBU's Main Investigative Department. Bohdan wanted [Deputy Head of SBU Dmytro] Neskoromnyi. Bakanov wanted Vovk (Vasyl Vovk was previously the Head of SBU's Main Investigative Department— GORDON). Bohdan lost a tooth.” – wrote Rechynskii.

Rechynskii also claimed that the President of Ukraine signed Bakanov’s notion for discharge of two of his deputies:  Neskoromnyi and Vladyslav Bukharev, but did not signed the document on Deputy Head of SBU Anatolii Dublik’s discharge.

“I confirm the factual material. I had it checked. About Bohdan as well. My own assessments and accents are slightly different, but I would keep them for myself for the time being. Now, the factual frame is important” – emphasized the journalist.

Andriy Bohdan, personal lawyer for Ihor Kolomoyskyi, was appointed as Head of the Presidential Administration on 21 May 2019. On June 2019 he became Head of re-named structure – the Office of the President of Ukraine.

Bakanov was officially appointed as Head of the Security Service of Ukraine on 29 August 2019.