Danylyuk on his resignation: I am just not interested in the games under a rug that some characters are playing 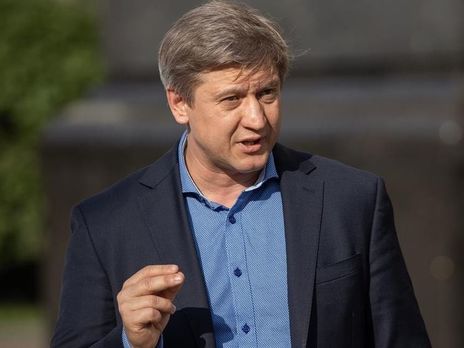 Danylyuk: I am receiving working proposals, as a rule, connected to business. However, they are from other countries mostly, and I would like to work in Ukraine
Photo: Alex Danylyuk / Facebook

Oleksandr Danylyuk tells GORDON that his resignation from Secretary of the National Security and Defense Council position was his own initiative.

Ex- Secretary of the National Security and Defense Council of Ukraine Oleksandr Danylyuk in a comment for GORDON claimed that he decided to resign because he did not want to take part in “the games under a rug that some characters are playing.

“My resignation from NSDC Secretary position was my own initiative. It was my deliberated decision based on the current state of affairs and the way politic is formed these days. I am just not interested in the games under a rug that some characters are playing.  I offered to the President several ways to fix the situation, but we did not reach a solidary opinion.  Anyway, our relationship remained constructive. I do not rule out that I would help him, consult him. I supported him from the very start of his campaign, and I wish him success. Right now I am going to decide what to do next. I am receiving working proposals, as a rule, connected to business. However, they are from other countries mostly, and I would like to work in Ukraine. I think it is going to be something on independent basis. At this stage I feel it would be the right way,” – remarked Danylyuk.

He emphasized that many people who come into power lack professionalism.

“Administration in Ukraine is very patchy now. There are different people in this team — there are those who I support and there are those who I don’t support. That is why when I hear people talking about “administration” I separate ones from the others. Everyone has different experience level. Many people who come into power lack professionalism. It is a system problem that generates risk. I hope conclusions will be made and the President will make adjustments. Despite he is dragged in the opposite direction. Otherwise, there will be problems. People expect a lot from his team. And if the expectations would be failed everybody would suffer from a serious psychological trauma. And not only that. Time is precious. Now it is very important period of time — other countries turn away from Ukraine dealing with its’ own problems,” – said Danylyuk.

On May 28, 2019 the President of Ukraine Volodymyr Zelensky appointed Danylyuk as the NSDC Secretary. On September 27 Office of the President announced that Danylyuk had resigned. Later, he confirmed that.

NV edition’s sources claimed that Danylyuk resigned over his disagreement with people close to Zelensky, specifically with Andrii Bohdan, the Head of the Office of the President and businessman Ihor Kolomoyskyi.

In 2015-2016 Danylyuk was the Deputy Head of Presidential Administration, in 2016-2018 he was the Minister of Finance, and he lost the position after a conflict with Prime Minister Volodymyr Groysman.

During Zelensky’s presidential campaign, Danylyuk served as his counselor on international, financial, economic and banking politics.