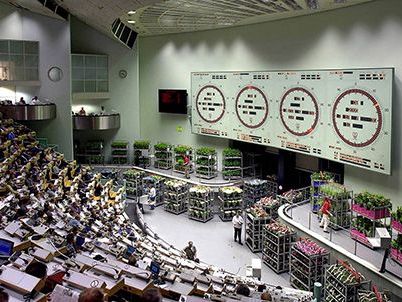 Judging by the events of recent months, this is a definitely positive signal to the market players – promising stocks find new owners, who will clearly work to turn them into profitable assets, Ekonomicheskiye Novosti wrote.

Ukrainian government and business have been talking about the need to find a rational solution to the ‘frozen’ debts and projects for several years. No practical steps, however, have been taken. Commercial auctions that were held from time to time offered impossible conditions for the market, only aggravating the situation.

In the end, a solution was found - Ekonomicheskiye Novosti report it. The country’s key financial institutions – the National Bank and the Deposit Guarantee Fund initiated Dutch auctions. A Dutch auction differs from classical ones, as it begins with a high asking price and then it is lowered until some participant accepts the price. The undisputable advantage of Dutch auctions is that the stocks that the auctioneers failed to sell for years using standard mechanisms find their buyers. This is a win-win solution, because everybody benefits in the process. The buyer gets the stock at a good price (discount in such cases reaches 60-70%) and the seller gets rid of a problem asset, while the state launches new market mechanisms.

Judging by the events of recent months, this is a definitely positive signal to the market players – promising stocks find new owners, who will clearly work to turn them into profitable assets.

This practice also helps solve the issue of outstanding loan debts. It opens possibilities for a positive dialog between the debtor and the creditor. Taking into account that such stocks are sold at a big discount, the parties have wide possibilities for mutually beneficial agreements.

Since the start of 2019, the market has already experienced the effectiveness of the Dutch auctions from the top financial institutions of the country. Sale of Respublika shopping and entertainment center (SEC), which was under negotiations since 2017, became one of the most high-profile events. In January 2019, the Deposit Guarantee Fund sold the right of claim on the collateral, it being the SEC itself, for UAH 777 million (70% discount of the initial price of UAH 2.59 billion). Now, the project with 80% of completion will be finished and commissioned, which will certainly revive the retail market and substantially increase the value of this asset.

In February, using the same mechanisms, the right of claim on a secured loan of Zolotiy Ekvator LLC and SPC VK Impex to Forum Bank (with the security being 32 gas filling stations of WOG chain). The bank, which has been under liquidation since 2014, had a large portfolio of problem debts. The bank’s liabilities to the depositors were covered by the Deposit Guarantee Fund, while the claims on the loans were under pledge at the fund. Their sale can partially balance financial consequences of the bank’s liquidation. This is another proof that the company is moving away from the so-called WOG bankruptcy.

As a result of the auction, the liabilities for the amount of UAH 1.76 billion (with 32 gas filling stations of the chain as the security) were sold for UAH 404.9 million. The discount for this transaction was 77%.

As a reminder, the Ukrainian media published information about the interest of Dmytro Firtash in financial cooperation with WOG. However, as of today, the composition of WOG shareholders is known and remains unchanged – it includes Stepan Ivakhiv and Sergey Lagur.

These precedents of 2019 point to a substantial role of the government regulation in settling the issues of repayment of debt liabilities of problem banks through sale of collaterals. This is undoubtedly a positive practice for the market, which helps establish a positive dialog between the parties, give a push to the market growth, increase the role of state financial institution and inject a fresh flow of money into the financial sector (in this case DGF).

It is possible that 2019 will become the year a solution will be found to many stocks and projects used as a loan security that up until now were considered as problem assets.