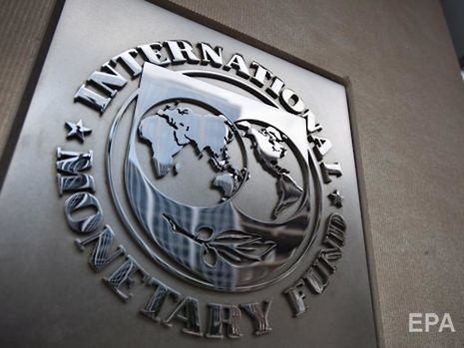 IMF mission works in Kyiv since May 21
Photo: ЕРА

International Monetary Fund delegation carries on its work in Kyiv and negotiates with Ukrainian officials, says Gerry Rice, Director of the Communications Department at IMF.

IMF is ready to resume collaboration with Ukraine after new government is appointed, Director of the Communications Department Gerry Rice announced on May 23, according to Ukrinform.

‘As soon as new government is formed after special parliamentary election we are ready to restart the discussion of our further cooperation with Ukraine,’ he said.

‘Mission is in Kyiv now, there are constructive discussions in progress about how situation evolved lately and about economic politics,’ reported IMF spokesperson.

Rice underlined IMF’s close cooperation with Ukraine during last years. However, he did not respond to the question whether Verkhovna Rada’s dismissal and government’s resignation bear potential risks to collaboration between IMF and Ukraine.

‘We do not comment political changes in any country,’ – he declared and reminded of the statement made earlier this May by Christine Lagarde, the Managing Director of the Fund, when she confirmed that IMF was ready to support Ukraine in future.

International Monetary Fund mission arrived to Kyiv on May 21. The IMF Resident Representative in Ukraine Gösta Ljungman reported that mission was going to work for two weeks in Ukraine.

On May 22 Minister of the Cabinet of Ministers of Ukraine Oleksandr Saenko made a statement that mission cease to work in Ukraine. IMF’s office in Ukraine refuted this statement and announced that its work was in progress according to the schedule. Later Saenko himself denounced his words and said that there was no information on mission’s work cessation.

On October 19, 2018 IMF and Ukraine agreed on terms of new stand-by cooperation program for a total amount of  $3,9 bln. IMF informed that the program would be reviewed every six months. Ukraine received first $1,4 bln.  tranche on December 21. National bank of Ukraine forecasted that the next tranche for Ukraine would be transferred in June 2019.