“It was not a demonstration of disrespect towards Ukraine”. Office of the President commented on Netanyahu’s spouse behavior in airport 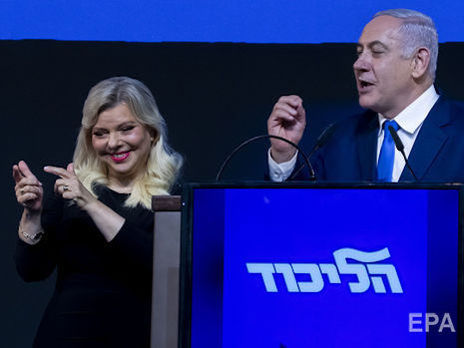 Office of the President of Ukraine declares that there was not Sara Netanyahu’s intention to toss korovai on the ground
Photo: EPA

During an official meeting ceremony in Kyiv airport Sara, the wife of Israeli Prime Minister Benjamin Netanyahu, threw away a piece of korovai bread. Office of the President claims that this episode could not cast a shadow on importance and great scale of an Israeli politician visit to Ukraine.

Sara Netanyahu, the wife of Israeli Prime Minister Benjamin Netanyahu, did not intend to express any kind of disrespect towards Ukraine in Boryspil airport, Interfax-Ukraine was informed on August 19 by the Office of the President of Ukraine.

“It has been done unintentionally, and by no manner of means was not meant to show any disrespect to Ukraine. This episode cannot cast a shadow on importance and great scale of Israeli Prime Minister’s visit to Ukraine. It is the first visit in 20 years and it gives important momentum to both countries to develop economic, educational cultural and IT cooperation,” reads the Office statement.

Netanyahu is in Kyiv with an official visit. The last time the head of Israeli government visited Ukraine was in 1999.

Dmitriy Dubov, Israeli reporter, made public a video of Netanyahu’s spouse tossing a piece of korovai bread on the ground during ceremonial meeting in Kyiv airport.

According to Israeli media, before that she made an unpleasant scene on board of El Al airplane flying to Kyiv. Allegedly, PM’s wife tried to enter cockpit to reprimand plane’s captain for not greeting her properly when she was boarding the plane.