Karpyuk: I made a big stupid mistake when I went to this Russia place. I could not think that such a lawlessness would happen in XXI century 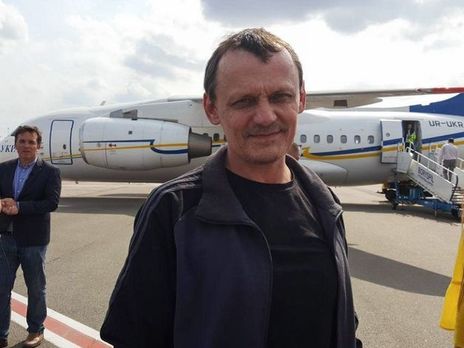 Karpyuk: I thought the only threat I could face was a deportation from the territory of Russia
Photo: hromadske.ua

Freed Ukrainian political prisoner Mykola Karpyuk says that his “good acquaintance” told him that Russian President Vladimir Putin had intention to hold a meeting with ex-Right Sector leader Dmytro Yarosh, non-factional Member of Parliament at the time, and that the decision about trip to Russia was made at the party meeting.

Former prisoner of the Kremlin, one of UNA-UNSO leaders and deputy head of Right Sector political party Mykola Karpyuk says that he did not expect the level of lawlessness and disrespect that he encountered in Russia.

“I made a big stupid mistake when I went to this Russia place. I could not think that in XXI century even in Russia might exist such a lawlessness and disrespect to a human being,” – he said to the media in Kyiv, reports GORDON’s correspondent.

Karpyuk reported he was told about “great desire” of Russian President Vladimir Putin and his close circle to meet Right Sector leaders by “a good acquaintance, a man who baptized my son.”

The decision about trip to Russia was made at the Right Sector party meeting.

“We were fooled by the fact that it would have been a preliminary conversation on which the following meeting of Putin and Yarosh [Right Sector ex-leader, non-factional Member of Parliament at the time] would have depended?-‘added Karpyuk.

Deputy Head of Right Sector reported that he never committed any crime in Russia and therefore did not expect to be arrested.

“I thought the only threat I could face was a deportation from the territory of Russia. We were traveling by car, and on the border between Ukraine and Russia FSB special groups appeared and arrested all three of us. Later I realized that it was a well planned operation aimed at creating destruction by capturing one of Right Sector leaders if not Dmytro Yarosh himself,-“ he recollected.

Karpyuk was detained in March 2014 in Bryansk region of Russia. According to him, he was going to Russia to meet people close to President Vladimir Putin. Freed political prisoner reports that the decision on the meeting was triggered by the start of Russian aggression against Ukraine.

His parley with Russian official was supposed to be preliminary one. Allegedly after that a meeting between Putin and Right Sector leader Yarosh was to be arranged in one of European countries.

“Ambassadors of many countries of Europe and the world negotiated with us at the time. Yarosh was personally parleying. It was clear that if all the world shows such an interest for us then Russia might be interested, too”, - said Karpyuk.

In May 2016, court in Grozny sentenced Karpyuk to 22.5 years in prison on a charge of participation in the First Chechen war in 1995 on the Chechen rebels’ side. He denied all charges and pleaded not guilty.

Karpyuk returned to Ukraine during the exchange of September 2019.