Klimkin: Russia has no moral right to celebrate the Day of the victory over Nazism 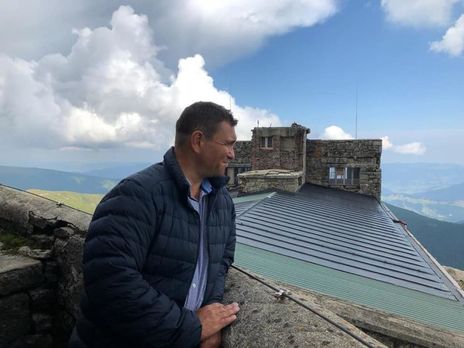 Klimkin: All Ukrainians who died in wars, they really gave away their lives for Ukraine
Photo: Pavlo Klimkin / Facebook

Russia uses World War II Victory day as a preposition for new wars. It is an opinion of former Minister of Foreign Affairs of Ukraine Pavlo Klimkin.

Russian Federation launches new wars, that is why it has no right to celebrate the Day of the victory over Nazism, Pavlo Klimkin, former Minister of Foreign Affairs of Ukraine declared on Espresso TV channel on May 8.

“We must not under any circumstances hand over to Russia the victory over Nazism because they try to take it as a hostage and to grab it away from us. I believe that Russia has no moral right to celebrate this high day at all because the main principle of our and European memory is “Never Again!” While Russia utilizes this date to mobilize and accelerate new wars. Such as against us, such as against Georgia, and in general to construct absolutely new model” – emphasized Klimkin.

He noted that Ukrainians should be vigilant and do not succumb to Moscow provocations about history.

“We must not fell for Russian attempts to divide us. We must clearly realize that all Ukrainians who died in wars, no matter on the side of which empire they fought – that was our history and our history had many difficult moments - they really gave away their lives for Ukraine. There we must make a point and very consistently, if we want to fight back in this war over history, and this is war against Russia. And we have to win this war,” – added ex-Minister.

On August 23, 1939, the USSR and Germany decided to separate spheres of influence in Eastern Europe and concluded a non-aggression treaty. The document is known as Molotov-Ribbentrop pact after last names of Ministers of Foreign Affairs of USSR and Germany who signed it. One week later Germany invaded Poland and started World War II. The war was over on September 2, 1945, with capitulation of Japan.

In 1941 Germany with allies in breach of the agreement attacked the USSR. A period between June 22 1941 and May 9 1945 in Russian historiography is called the Great Patriotic War.

In RF there is a popular claim that the USSR “was never an ally with Nazi Germany” and that it was forced to conclude the non-aggression pact. In 2019 Russian Ministry of Foreign Affairs made a statement that this step allowed for the Soviet Union to postpone the start of the war by two years and improve country’s defense and therefore “hundreds of thousands of lives were saved.”