Kuleba thinks that the chances of new U.S. sanctions against Russia are high 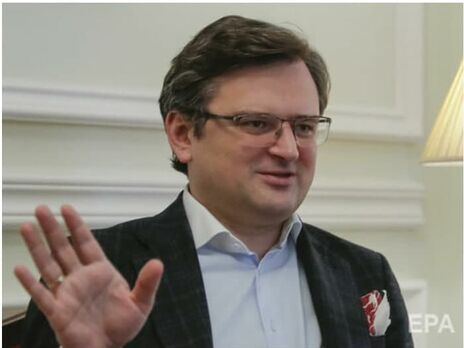 Kuleba: The question of new sanctions against Russia will be tied to the situation with the U.S. budget
Photo: EPA

Ukrainian Foreign Minister Dmytro Kuleba believes that the chances of the U.S. Senate approving the draft defense budget, which includes new sanctions against Russia, are high. He said this on the air of the program TSN.Tyzhden on the 1+1 channel on September 26.

"The chances are high. It is certainly a decision of the U.S. Congress. We have to consider that these sanctions are not in isolation, they are "sewn into" the budget. And the issue will be tied to the situation with the U.S. budget. There have been cases in the U.S. where the budget is not passed on time and a financial crisis comes. But we believe that everything will be fine and Congress will support these amendments," he said.

On September 23, the U.S. House of Representatives approved the draft defense budget for the next fiscal year. The bill, in particular, includes three types of sanctions against Russia: against Russian government debt (a ban on the purchase and sale by US investors of new issues of Russian bonds in the secondary market); against 35 Russian officials and law enforcement officers for human rights violations, in particular the persecution of oppositionist Alexei Navalny; and the expansion of restrictions against the Russian gas pipeline Nord Stream-2.

Now the Senate will consider its draft of the defense budget (it is expected in October), after which the chambers will agree on versions of the document and send them to U.S. President Joe Biden to sign.