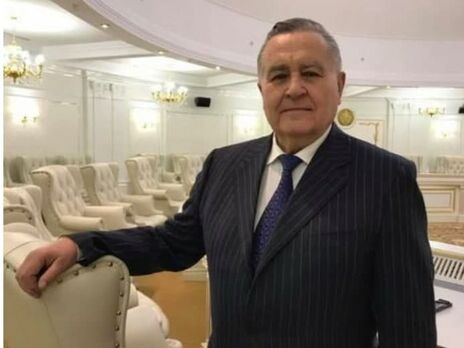 Marchuk(on the photo): The devil on the other side is much more experienced than President Zelensky
Photo: Yevgenij Marchuk/Facebook

The Ukrainian authorities failed to "outplay" Russian President Vladimir Putin during the presidency of Ukrainian President Volodymyr Zelensky. The former Prime Minister of Ukraine and former head of the Security Service of Ukraine and the Ministry of Defense Yevgenij Marchuk expressed this opinion to the Krym.Realii project in an interview that was published on July 12.

"The devil on the other side is much more experienced than President Zelensky, and the whole Putin machine is much stronger and much more experienced than our current team. That's the way it worked out! I have no applause. But, on the other hand, ours is slowly gaining so much momentum. Not by all parameters, as they should have been. Clearly, the economy and the coronavirus are causing very serious problems. I have never seen us outplay Putin somewhere," he said.

According to the former prime minister, he "had a small hope" on Paris summit in the December of 2019.

"I think that Putin did not expect Zelensky to be acting so brave. In terms of stating and objecting. Zelensky has very complicated circumstances with the texts of the documents. Minsk one, two is one "Minsk" package - those complicated formulas that are written down that elections are first. How do you get out of it? Russia, you see, stands its ground and, unfortunately, so does the West, that this is how it is written in Minsk," Marchuk explained.
Context:

Rightafter the annexation of Crimea in 2014, Russia began armed aggression in eastern Ukraine. Fighting is taking place between the Ukrainian Armed Forces on one side and the Russian army and Russian-backed militants who control parts of Donetsk and Luhansk regions on the other. Officially, the Russian Federation does not recognize its invasion of Ukraine, despite the facts and evidence presented by Ukraine. According to the UN, around 13,000 people died during the conflict.

Negotiations on the settlement of the conflict are conducted within the Trilateral Contact Group (TCG, Ukraine - OSCE - Russia) and the Normandy quartet (Ukraine - Germany - France - Russia). Minsk became the site of TCG meetings in 2014. Now due to the coronavirus pandemic, TCG meetings are held using video conference format.

On December 9, 2019, the last summit of the Normandy quartet leaders took place in Paris. Its final communiqué stated that the parties had agreed on a ceasefire, the opening of new checkpoints, the exchange of detainees according to the "all for all" formula until December 31, 2019, the disengagement of forces at three new sites in Donbas, the extension of the law "On the special procedure for local self-government in certain areas of Donetsk and Luhansk regions" by one year, and the expansion of the mandate of the OSCE Special Monitoring Mission. The agreements were partially implemented. It was expected that the next summit would take place in 2020, but this did not happen.

In an interview to "1+1" channel that was published on June 24th, 2021, Zelensky said that the Minsk agreements are "barely alive".