Masi Nayyem: Deputy Head of the Main Investigation Department of the National Police Shevtsov might run across to the Service for Financial Investigations 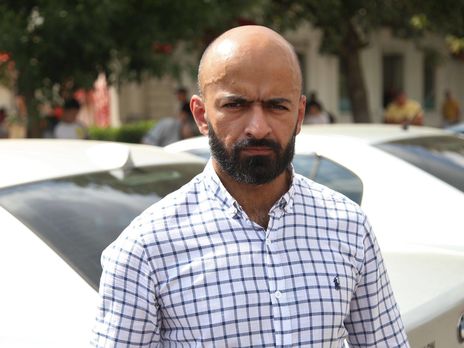 Masi Nayyem: I hope mister Honcharuk is wise enough and he would not allow simple title change to substitute the profound meaning of this unit dissolution
Photo: Masi Nayyem / Facebook

Deputy Head of the Main Investigation Department of the National Police Yevhen Shevtsov who was mentioned in a number of journalist investigations probably could be reassigned to the new Service, claims citing his own sources Masi Nayyem, lawer, partner at “Miller” law firm.

The economic unit of the National Police was liquidated but there is possibility that its former personnel would migrate to the new Service for Financial Investigations, on September 2 wrote on his Facebook page Masi Nayyem, lawer, partner at “Miller” law firm.

“I have an inside that good news for business are going to start smelling bad soon. Today the economic unit of the National Police was liquidated. Among my colleagues in our company as well as on the legal market in general there is no one who would cast a doubt on the fact that it was the unit that treated business in the most ferocious manner. It is good thing that they liquidate it. BUT… Its Deputy Head is Yevhen Shevtsov. Today Arsen Avakov said that the new unit – the Service for Financial Investigations – will become an analytical center and that it will collect the best people from all the departments. My inside confirms that Shevtsov might run across to the new Service.,” wrote Nayyem.

He also recalled that investigative pieces on Shevtsov expenses were published by Ukrainian Pravda, Bihus.Info and Radio Svoboda, and reminded that the officer was accused of putting pressure on Professor Valerii Ivanov.

“I hope mister [Prime Minister] Oleksiy Honcharuk is wise enough and he would not allow simple title change to substitute the profound meaning of this unit dissolution. Besides, keeping in mind the situation with pressure on Professor of journalism Valerii Feliksovich Ivanov, that is realized by Shevtsov efforts and in Shevtsov’s favor, trust in the ongoing reformation could be undermined for international institutions that collaborates with Professor. They simply would not understand it,” summed up Nayyem.

On September 2 the Cabinet of Ministers of Ukraine liquidated the Department for defense of economic at the National Police. Prime Minister underlined that police should not intervene in business affaires by any means.

Arsen Avakov, Minister of Internal Affairs, remarked that a unified unit should be created to fight economic crimes. In August he made a statement that “professionals who worked at that Department would continue their work.”