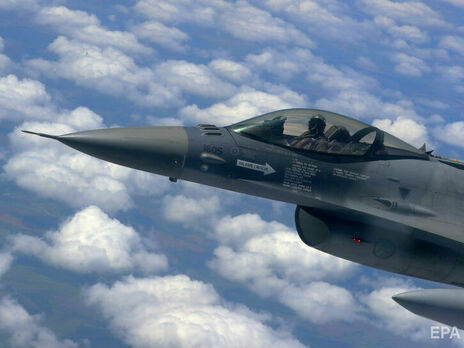 A number of North Atlantic Alliance countries announced their intention to strengthen their military presence in the eastern part of the bloc. It was announced on January 24 on website of NATO.

"NATO allies are putting forces on alert and sending additional ships and fighter jets to NATO deployment sites in Eastern Europe, strengthening deterrence and allied defense as Russia continues to build up its military presence in and around Ukraine," the report said.

NATO explained that in recent days, a number of alliance member states have announced current or upcoming deployments.

For example, Denmark is sending a frigate to the Baltic Sea and is about to send four F-16 fighter jets to Lithuania to support NATO's longstanding mission to patrol airspace in the region.

Spain is sending ships to join the NATO naval force and is considering sending fighters to Bulgaria.
The Netherlands will send two F-35 fighter jets to Bulgaria starting in April to support NATO air patrol activities in the region, and will prepare one ship and ground units for the NATO Response Force.

France has expressed its willingness to deploy troops to Romania under NATO command.

"The United States has also made clear that it is considering increasing its military presence in the eastern part of the Alliance," the report said.

NATO Secretary General Jens Stoltenberg stressed that he welcomed the allies' decisions to provide additional forces to the Alliance.

The press office stressed that NATO is a defensive alliance and recalled that there were no NATO forces in the eastern part of the alliance until 2014. The alliance increased its presence there in response to Russia's illegal annexation of Crimea, including the deployment of four multinational battlegroups in Estonia, Latvia, Lithuania and Poland, led by Britain, Canada, Germany and the United States, respectively. "Their presence makes it clear that an attack on one ally would be considered an attack on the entire Alliance," the press office recalled.

In December 2021, the White House confirmed that the U.S. was considering increasing its military presence on the eastern flank of NATO in case of a Russian invasion in Ukraine.

On January 12, 2022, NATO Secretary General Jens Stoltenberg said the same. He recalled that after Russia's occupation of Crimea and destabilization of the situation in Donbas, the Alliance significantly increased its presence on the eastern flank. He stressed that NATO is there to protect allies in order to "keep the peace, not provoke a conflict."

"If Russia again uses force against Ukraine, we should seriously consider increasing our presence in the east of the Alliance," Stoltenberg said.

The NATO secretary general's statement came amid a build-up of Russian troops on the borders with Ukraine and discussion of Russia's December 17 demands for so-called security guarantees from the United States and NATO. The draft treaties say, in particular, that the United States should undertake to exclude further expansion of NATO "in the eastern direction" and refuse from admitting to the Alliance the states, which used to be a part of the USSR.

On January 10, 12 and 13 Russia held talks with the U.S., NATO and OSCE on security. As a result, Russia said it had not received any guarantees from the U.S. and NATO, and U.S. officials said Russia was facing a choice: de-escalation and diplomacy or confrontation and consequences. Stoltenberg said Ukraine's accession to NATO could only be discussed by Ukraine and 30 member states of the Alliance, and stressed: Russia is a threat to Ukraine, not the other way around.