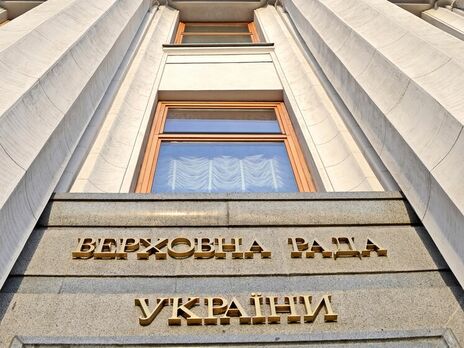 “By performing the act of a forced landing of a passenger aircraft Belarus authorities jeopardized the safety of the passengers and the crew. The stated action violates international rules for civil aviation and poses a threat to global safety including safety of aircraft transportation”, – reads the resolution.

The Ukrainian parliamentarians encouraged the International Civil Aviation Organization (ICAO) to conduct immediate investigation of that unacceptable act with consequences for those who had commited it.

Verkhovna Rada urged Belarus officials to immediately release Protasevich and all political prisoners, to stop tortures that law enforcers in Belarus use on detained citizens of Belarus, and also to guarantee respect for human rights in accordance with the international obligations.

Protasevich’s detention was condemned in the document as “another display of Belarus regime’s assault against political opposition, freedom of speech and journalism in Belarus.”

Rada confirmed full solidarity with international partners, primarily the EU states and the USA, including the decision to cease air traffic with the Republic of Belarus.

Likewise, Parliament fully supported the government of Ukraine after it banned air traffic between Ukraine and Belarus and imposed “airway” sanctions against Belarus aviacompanies.

During discussion the majority of the members of Parliament supported the draft of the resolution. Ihor Huz, MP from For the Future fraction, urging the colleagues to adopt the draft, has called Protasevich his “sworn brother”. He underlined that in 2014 Protasevich came to Ukraine “with a mission to support the Ukrainian state”, closely interacted with Azov Battalion, “worked as a photographer, and got wounded on the battlefield”. According to open sources, Huz himself did not fight in the war but he has close ties with Belarusian activists. In 2014, he organized the so-called Pahonia squad, a center helping the Belarusians who came to Donbas as volunteers, wrote Belsat.

Nestor Shufrych, MP from Opposition Platform — For Life, opposed the resolution. He recollected other incidents of planes forced landings in global practice, remarked that air space has not been closed in those cases, he emphasized that ICAO had not published the results of the investigation. He also called for not getting into conflict with Belarus, reminded that Belarus has not recognized annexation of Crimea and has offered Minsk negotiation framework for Donbas conflict resolution, and its economic ties with Ukraine are close.

On May 23, Ryanair airplane heading from Athens to Viliaus made an emergency landing allegedly after a report of an explosive device on the board. (It was never discovered.) Aleksandr Lukashenko ordered a Belarus Air Forces fighter aircraft “to escort” the Ryanair plane.

After checking up the plane Belarusian special forces have taken off the flight and detained Belarusian opposition Telegram channel NEXTA founder Roman Protasevich and his girlfriend Sofia Sapega, a citizen of Russia. Several other persons have also gotten off the plane in Minsk. Ryanair suspects that they were agents of the KGB of Belarus. Lukashenko denies it. Sapega is under arrest, she and Protasevich were declared political prisoners.

On May 24, in the evening a video appeared in which Protasevich said that he was in detention center #1 in Minsk, he was cooperating with investigation and was making a confession “on the fact of organizing mass unrest in Minsk”. People in Europe noted that there were visible signs of beating on his face.

Some sources connect Protasevich’s prosecution to Telegram channel NEXTA. NEXTA became well known last summer when it was involved in media coverage and coordination of protests that started after the result of the presidential election were announced.

The EU states, the USA, Canada, Ukraine and other countries condemned the actions of Belarus and demanded immediate release of the detained.

A number of countries limited air traffic with Belarus. The Cabinet of Ministers of Ukraine decided to stop aircraft transportation with Belarus after, and banned Belarusian airplanes from using Ukrainian airspace starting from May 29.