Stepan Chernovetskyi announced that the "Spanish" case against him was closed 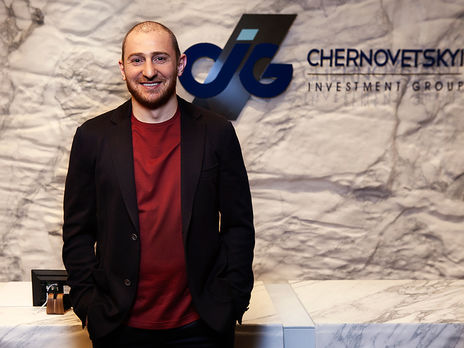 Stepan Chernovetskyi: Spanish lawyers are less surprised by this than I am, as apparently, they are used to it because my case is far from unique
Photo: cig.vc

Stepan Chernovetskyi, the president of the investment company Chernovetskyi Investment Group and the son of Kyiv former mayor Leonid Chernovetskyi, suggested that this case in Spain had been opened because of a certain bias against him as an investor from the former Soviet Union country.

"There were no charges, and it remains a mystery what this whole story was based on. Nothing specific, just suspicions. Such a fuss, so many problems, and, probably, a lot of budget money spent, and everything was based just on speculations. Spanish lawyers are less surprised by this than I am, as apparently, they are used to it because my case is far from unique", said Chernovetskyi.

He suggested that this situation was caused by a certain prejudice against him as an investor from the former Soviet Union country.   “There are many similar situations: rich or relatively rich foreigners were arrested for months, the cases against them were failing and they were released, but during this time their businesses in Spain were destroyed. They had no choice but to leave. Perhaps this is the way the system tries to say: "We are not glad to see you here", the businessman said.

He recalled how his detention took place: despite the fact that the Spanish police had been following Chernovetskyi for a long time and knew his daily routine, they broke into the house with machine guns in the morning, when the whole family was still asleep.

“On the day of my detention, information about it and the photo of the detention were leaked to the media, which instantly spread the news, apparently in order to create media hysteria based on stereotypes. However, as I had mentioned, this was actually just a preliminary investigation,” said Chernovetskyi.   According to him, the investigation had lasted for three years, and even after his lawyers provided all the evidence of the legitimacy of the investment, the Spanish law enforcement officers were in no hurry to close the case.

“I have known about this case for three and a half years, it had lasted even longer, and the investigation failed to even make any suggestions as to how such allegedly criminal money had been obtained for investing in Spain. Actually, the entire preliminary investigation was built on such "grounds". And it all ended as expected - the case was closed. But the system is very slow and the investigation stubbornly refused to admit its mistakes, so it took so long", the businessman concluded.