The Ministry of Defense of Ukraine obliged women of most professions to become registered with the military. Among them are scientists, journalists, and managers 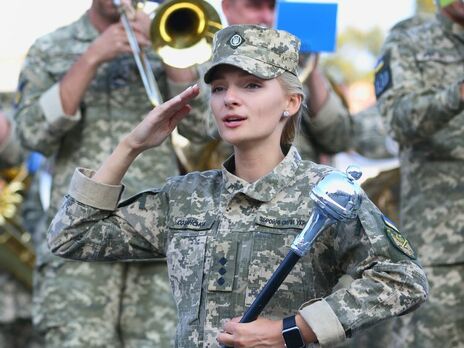 Women may be drafted into the ranks of the AFU or to work in wartime defense of the country
Photo: General Staff of the Armed Forces of Ukraine / Facebook

The Ministry of Defense of Ukraine has significantly expanded the list of specialties and professions, after getting which women become registered as liable for military service

The list was approved by the order of the Ministry of Defense № 313 of October 11, 2021, which came into force on December 17. The document was published on the legal portal of Ukraine.

In particular, we are talking about journalists, cameramen, PR specialists, publishers, librarians, translators, analysts, financiers, scientists, managers of various profiles, veterinarians and others.

Babel notes that it is the duty, not the right, of Ukrainian women to get on the military register.

Such women may be recruited into the Armed Forces or to work for the defense of the country in wartime. However, in peacetime they may join the army only voluntarily under contract, reports BBC News Ukraine.

The employer must ensure that all women employees, whose specialty is in the list, were registered for military service, as well as to check the availability of such documents among new employees.

Violations of the rules will be punished with fines from the State Labour Inspectorate and the territorial center of recruitment and social support.

According to her, if possible, you will be able to become registered online.

"We will see if it will be possible from a security point of view. I will talk to the military registration and enlistment offices so that we can work out a quick procedure so that everyone does not have to come together to register," said Deputy Minister of Defense.

In April the law No. 1357-IX of March 30, 2021 "About amendments to some legislative acts of Ukraine on improvement of some questions of fulfillment of military duty and maintenance of military registration" came into force. It contained a norm on expanding the list of professions. Before that the list of professions approved by the resolution of the Cabinet of Ministers of 14 October 1994 was in force.

Also according to the law, women who have a specialty and/or profession related to the corresponding military registration specialty defined in the list must register for military service. In October, the Defense Ministry created the list of specialties and professions, and on December 17, the order went into effect.

According to the Ministry of Defense of Ukraine, 15% of the Armed Forces personnel (31,000) consists of female servicemen. According to President Volodymyr Zelensky, the number of women in the ranks of the AFU has doubled since 2014.