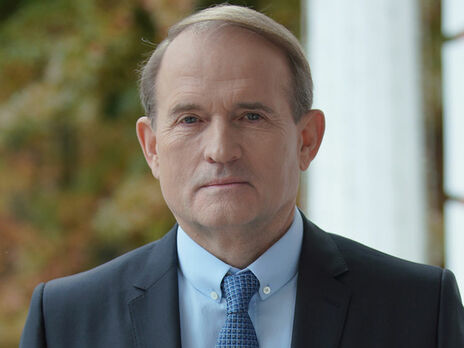 Medvedchuk: Zelensky has crossed the last moral border by attacking the dearest for me
Фото: zagittya.com.ua

Viktor Medvedchuk, MP from Opposition Platform – For Life, OPFL, made a statement that all the sanctions against him, his wife Oksana Marchenko, and his associate Taras Kozak are ullawful and must not be implemented without a court decision.

Viktor Medvedchuk, peoples deputy from Opposition Platform – For Life, says sanctions against him are unlawful in his statement on OPFL web site.

“Sanctions were imposed against me, my colleague in faction Taras Kozak, and members of our families, unlawfully, without any evidence. As a legal specialist I can say that all the sanctions imposed by the current government against me, my family, my associates and journalists are unlawful.” – declared Medvedchuk.

According to him, such steps could not be taken otherwise than by court order.

“[President of Ukraine Volodymyr] Zelensky has crossed the last moral border by attacking the dearest for me – my beloved wife Oksana Marchenko. Did Zelensky’s advisors expect that I would get scared? That I would not defend my family, my fellow party members and journalists who open the eyes of the Ukrainian people and it infuriates President Zelensky whose misdeeds they expose? Do they really think that I would betray my principles, my country where my parents are buried, my children are educated and my family lives? That I would get scared and run away? Too bad for them. It would not happen! The struggle will continue.” – reads the statement.

On February 19, the National Security and Defense Council of Ukraine made a decision to impose sanctions against 19 legal entities and eight persons: five citizens of Russia (some media announced that they were managers for Medvedchuk family’s assets) and three Ukrainians – Medvedchuk, his wife Marchenko and Natalia Lavrenyuk whom the media called a common-law wife of Taras Kozak, the OPFL member of parliament.

The decision was made based on the Security Service of Ukraine investigation into financing of terrorism, Danilov said. Sanctions are to be in place for three years and they cover all property controlled by Medvedchuk.

OPFL called the sanctions “repressions and destroying of Ukrainian democracy”.

On February 2, Zelensky put into effect the NSDC decision on sanctions against Kozak and TV channels he owns. The sanctions lead to cancelation of 112 Ukraine, ZIK and NewsOne licenses. They were ordered to stop broadcasting, all their legal activities ceased for five years. Immediately after that providers started to block these TV channels. The sanctioned companies released a joint statement about “political reprisal” and promised to fight “for their right to broadcast for the Ukrainians”.

Additionaly, on January 29, two aircraft companies were sanctioned. They maintained air vessels allegedly used by Medvedchuk and Kozak. Now, their airplanes will not be allowed to enter Ukraine’s airspace, make landings or collect passengers on territory of Ukraine.