Tikhanovskaya, opponent of Lukashenko in the election, at her second attempt answered whom Crimea belongs to

Svetlana Tikhanovskaya, contestant of President of Belarus Alexander Lukashenko, said that “legally Crimea is Ukrainian, in fact it is Russian.” 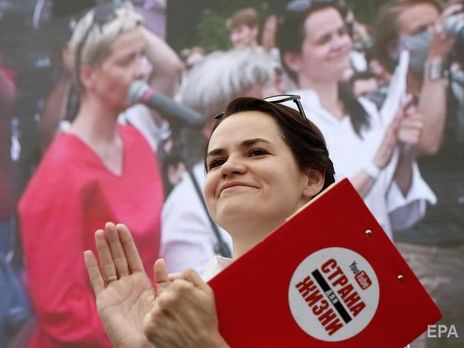 First time she refused to answer the question “Whose is Crimea?”
Photo: EPA

Svetlana Tikhanovskaya, Belarusian opposition politician and presidential candidate, at her second attempt gave answer on Crimea status. She discussed it during her interview for Euroradio.

“I can answer to that from the point of view of a human being, a woman who is against any war. I feel pain over the war in Ukraine and that in such manner the country had passed from one side to the other. This is very sensitive question, it divides people, it makes them collide when they start the discussion. Please, let me say it the way it is customary in our country, the way it is customary under international law? Legally Crimea is Ukrainian, in fact - it is Russian. And please don’t torture me anymore.” – she said.

First time Tikhanovskaya was asked this question during interview for Meduza. Then, she refused to answer it declaring “question of Crimea divides society”.

Russia annexed Crimea after unlawful referendum on March 16 2014. Ukraine and majority of world countries do not recognize Crimea as Russian territory and condemn the annexation. Now, there is a checkpoint regime in place between continental Ukraine and Crimea, and Kyiv de facto has no control over the peninsula.

Legally Belarus has never recognize Crimea as the territory of Russia.