Ukraine cannot initiate a case against the Bidens, as this is the jurisdiction of the United States – Lutsenko 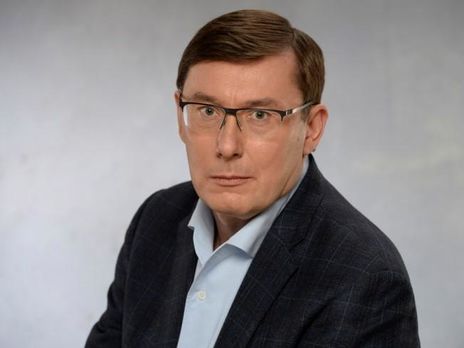 Yuriy Lutsenko: If we take on what cannot be done, then we will become enemies of both sides as a result.
Photo: Юрій Луценко / Facebook

If the United States opens a case against the former US Vice President Joe Biden and his son Hunter, then Ukraine will provide legal assistance in it within the frameworks of the international agreement, said former Prosecutor General Yuriy Lutsenko.

Ukraine can provide the necessary legal assistance to the US law enforcement agencies in the investigation of the case of the former vice president of the United States and the likely rival of the American leader Donald Trump in the presidential election, Joe Biden and his son Hunter, but it has no legal rights to start such an investigation. This was stated by the former Prosecutor General of Ukraine Yuriy Lutsenko in an interview with “Radio NV” published on October 9.

Lutsenko emphasized that the Bidens did not violate  the Ukrainian laws on the territory of Ukraine, but the laws of the United States were probably violated.

“Ukraine cannot initiate a case against the Bidens – we do not have jurisdiction over this. However, if America starts such an investigation, Ukraine will certainly provide legal assistance under the international agreement,” Lutsenko noted.

According to him, the sooner the case passes from the hands of the politicians to the law enforcement authorities, the better it will be for finding the truth and for the US-Ukrainian relations. If an investigation is started in the United States, Ukraine will be able to help by responding to the official requests or participating in a joint investigation team.

Lutsenko noted that if Ukraine initiates this case, then, “God forbid, this means that, knowing in advance of the absence of our jurisdiction, we simply undertake that what cannot be done.  As a result, we will become enemies of both sides.”

The former Prosecutor General also said in the interview that he had discussed these issues at the meeting with the U.S. President’s lawyer Rudolph Giuliani in January 2018. According to Lutsenko, he agreed to this meeting to break the impasse in the case of the arrest of $7 billion stolen by the criminal gang of the fugitive ex-president of Ukraine Viktor Yanukovych, which stay in the American hedge funds.

As follows from the transcript of the telephone conversation on July 25 between the U.S. President Donald Trump and the Ukrainian President Volodymyr Zelensky, the Ukrainian leader promised his American counterpart during the conversation that the new Prosecutor General of Ukraine would consider the case against the Burisma company, in which Biden’s son Hunter was employed. Later, the newly appointed Head of the Prosecutor General's Office of Ukraine, Ruslan Riaboshapka, stated that the Burisma case would be reviewed.

The situation with Biden’s son became the cause of the foreign policy conflict and the initiative to launch the impeachment procedure of the US President Trump in the Congress.

At the press conference with Zelensky in New York on September 25, Trump said that Hunter Biden received $50,000 from Burisma monthly, according to the White House website. He later stated the amount was $100 thousand.

After publication of the transcript of the conversation between Trump and Zelensky at the National Anti-Corruption Bureau of Ukraine, they stated that detectives are investigating the events of the period of 2010-2012, when Biden's son was not yet on the Board of Directors of Burisma.

The head of the Specialized Anti-Corruption Prosecutor's Office Nazar Kholodnytsky emphasized that Biden and his son do not appear in the investigations of the Ukrainian anti-corruption bodies.