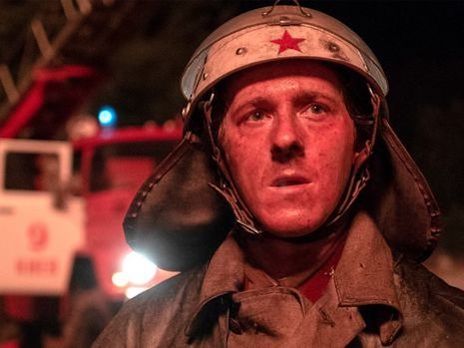 Chernobyl miniseries premiered on HBO in May 2019
Screenshot: HBO / YouTube

Ukrainian film director Andrii Pryimachenko says there is a fragment that he created in the first episode of HBO’s miniseries. It is visualization of telephone conversation between dispatcher of Central firefighters’ station and dispatchers of Militarized firefighting unit. The conversation took place at the aftermath of the Chernobyl nuclear disaster.

Chernobyl creators used the video of Ukrainian director Andrii Pryimachenko without his permission. He reported it himself on Facebook on June 8.

“HBO used my video in its series Chernobyl. I am happy to be part of this project! (Though they did not ask for my permission.) For many years, I explored the Chernobyl theme, and as much as I could, drew attention to Chernobyl disaster. And now — this unexpected twist” – he wrote.

The fragment in question is visualization of telephone conversation between dispatcher of Central firefighters’ station and dispatchers of Militarized firefighting unit.

Pryimachenko told “theBabel” that series creators didn’t contact him but he wrote on Twitter to Craig Mazin, TV series screenwriter and executive producer.

“Dear Craig Mazin! Thank you for a great show. I have noticed that in the first episode you used video that I had created. No one contacted me to obtain my permission. That is why I think we should talk” – he wrote.

Dear @clmazin thank you for a great show! I noticed that you used the video I created in Episode 1: https://t.co/z3lQ9kGrse
Nobody contacted me for permissions so I think it would be great if we talk :)
andriy.pryymachenko (at) https://t.co/LoArtMiJi7 https://t.co/XNgN9XKIbI pic.twitter.com/5mWUJk7YB1

In his twit, Pryimachenko left his e-mail and link to his video that appeared in the series. The video was uploaded on YouTube channel Studia Peredova in 2013. In description, it is mentioned that video was created by Andrii Pryimachenko.

Miniseries is based on events of 1986 when reactor 4 of Chernobyl nuclear plant exploded. It stars Stellan Skarsgård, Emily Watson, Jared Harris, Jessie Buckley. It’s been directed by Swedish director Johan Renck. Principal photography took place at Ignalina Nuclear Power Plant in Lithuania. Some scenes were filmed in Ukraine. The series premiered on HBO on May 6, 2019. It consists of five episodes.

Chernobyl became the highest rated TV show according to the users of International Movie Data Base.

The accident at the Chernobyl Nuclear Power Plant that occurred on 26 April 1986 was one of the largest nuclear disasters in history. According to the International Nuclear Event Scale adopted in 1988 it was one of only two nuclear energy disasters rated a seven — the maximum severity. The only other accident of comparable severity was the 2011 Fukushima-1 disaster in Japan.