“We are not stopping trains to Crimea.” Russia reacts to new US, EU and Canada’s sanctions 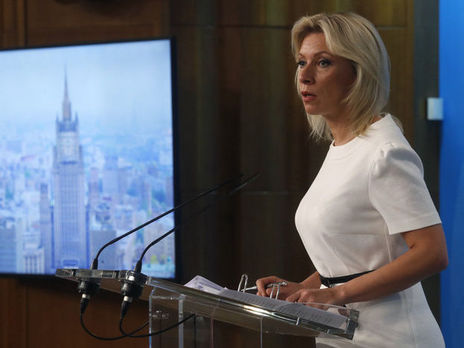 Maria Zakharova is sure that new EU, US and Canada’s sanctions will have no results
Photo: EPA

According to Zakharova such actions “did not yield the results Washington and Ottawa wanted previously and they will not yield it now”.

She noted that no sanction is capable of stopping railway service between Crimea and Russia.

Zakharova also added that Russia would not left EU sanctions against Crimean officials without mirroring answer.

On January 28, European Union made public its decision to add to sanction list seven persons who were involved in unlawful election in annexed Crimea in September 2019.

On January 29, USA widened sanction list on Russia by including eight persons and one legal entity. It was Grand Service Express, Transport Company responsible for passenger trains going to annexed Crimea across the bridge over the Kerch strait. Company’s CEO Aleksandr Ganov is also on the list now.

Russia annexed Crimea after unlawful “referendum” held on March 16, 2014. Ukraine and majority of the other countries of the world decline to recognize the peninsula as Russian territory. Currently, check mode is in function between Crimea and mainland Ukraine, and Kyiv de facto has no control over the peninsula.

On September 8, 2019, “elections” of members of “parliament” and local “government officials” were held in Crimea.