“What the real fuckers they are! Oh, we will bust you!” Avakov announced that National Guard launched anti-sabotage operation against forest arson 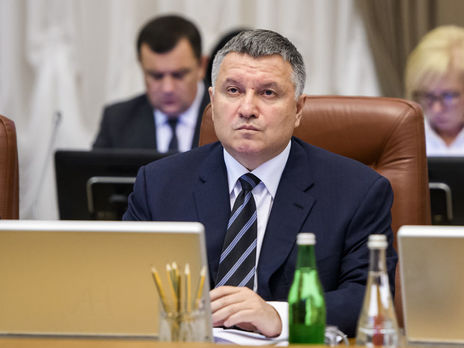 Avakov: thousands of our people do not sleep 24 hours a day fighting fire; they are exposed to dust and radiation while someone sneaks around the corner. We will bust you! And this time you will not get away easily with a fine.
Photo: kmu.gov.ua

Arsen Avakov, the Minister of Internal Affairs, reported that as of April 20 morning four epicenters of fire were detected in Chornobyl Zone and in Zhytomyr Oblast. But due to the strong wind situation might deteriorate. According to him, MVS created special force group to fight arsons.

“I created a special group in the Ministry of Internal Affairs. The National Guard launched anti-sabotage operation in the woods. But what a bunch of bastards… Thousands of our people do not sleep 24 hours a day fighting fire; they are exposed to dust and radiation while someone sneaks around the corner. Oh, we will bust you! Be sure we will bust you! And this time you will not get away easily with a fine.” – the Minister wrote and added that yesterday’s flight over the Chornobyl Exclusion Zone had discovered some new points where arsons had been committed.

“Yesterday, during evening monitoring flight over the Chornobyl Exclusion Zone we discovered four phenomenons on an area of about 100 m². Good thing that there were forces nearby and they were able to stop the flames quickly. But…   What the real fuckers they are! What kind of bastard could do something like that? Horrendously dry winter – water level in eco system had dropped by 1.5-2 meters. Forest floor, especially pine forest floor, is highly vulnerable to fire. The peat bogs had dried, and it is a particular problem. This creates opportunities for scoundrels and provocateurs. Someone wants to worsen the life in our country; someone wants to hide some dirty business in the fire. We clearly realize it all. We have no intention to tolerate it.” – declared the Minister.

He assured that police investigates this and similar arsons and called upon anyone who knows anything about arsons to contact law enforcers.

“Foresters and firefighters had done a great job last evening and last night. We appreciate it! Wherein, wind forecast for today is not very good for firefighting – acceleration up to 15-20 meters per second is possible. This is some strong wind, fire might spread jerk by jerk striking new plots. It creates risks. We must keep it in mind. In the daytime MVS drones and helicopter permanently monitor risk zones. Ground troops and aviation work in full capacity” – reported Avakov.

Forest fire goes on in the Chornobyl Zone in Kyiv region since early April, and in Ovrutskyi Raion in Zhytomyr Oblast it goes on since the middle of April.

The State Emergency Service reported that as of April 20 in Zhytomyr region 963 persons and 157 machines were involved in firefighting including three AN-32P aircrafts. In the Chornobyl Zone 1322 persons with 157 machines including three helicopters are dealing with the fires.

The State Emergency Service assured that the Shelter object is safe as well as storages of radiation waste and other critical objects of the Exclusion Zone. Radiation in Kyiv and Kyiv region is within safe limits.

According to the State Ecological Inspection fire in Kyiv Oblast had started due to the arson. Later police apprehended two persons suspecting they had set grass on fire. The State Forest Agency suspects that the fire in Zhytomyr region had started after high-voltage line fall during hurricane and due to the arson of dry forest.