Yermak and Kozak met in Minsk 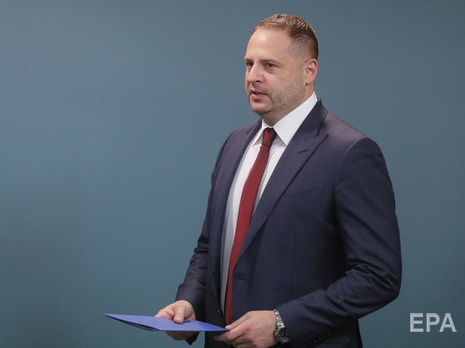 “During the meeting counterparties discussed mutual release of apprehended persons in “all for all” format that was agreed upon by the Normandy Four leaders in Paris in December 2019. Yermak declared his intention to organize next round of exchange in March,-“reported the Office of the President of Ukraine.

On February 10, Yermak expressed an opinion that Kozak would be more inclined to have a dialog with Kyiv that Putin’s ex-aide Vladislav Surkov was.

Last negotiations of leaders of the Normandy Four took place in Paris on December 9, 2019. The final communiqué stipulated that the sides of the conflict agreed to halt fire, to open new checkpoints, to exchange apprehended persons by “all for all” formula, to separate armed forces in three new areas in Donbas, to prolong for a year the Law on local governing in certain Donetsk and Luhansk oblasts regions, and to widen the mandate for OSCE Special Monitoring Mission.

The date of the next Normandy Fours summit is currently unknown. The participants announced the next meeting in four month after the previous one.