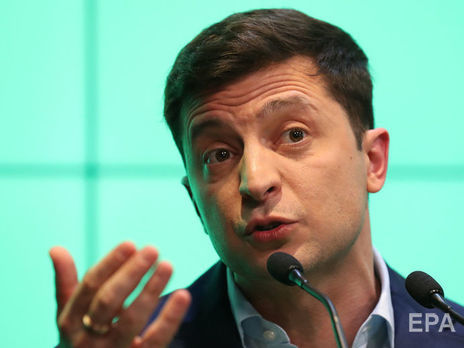 Zelensky suggested May 19 as date for his inauguration ceremony
Photo: ЕРА

Elected President of Ukraine Volodymyr Zelensky said that today he discussed with the leaders of Verkhona Rada parliamentary fractions possible dates for the procedure of his inauguration as the President.

On May 4 President-elect Volodymyr Zelensky announced that exact day of his inauguration would be defined on May 14 when Verkhovna Rada would vote for a draft of an official resolution.

“We were discussing several different dates but fraction leaders had their own different ideas. That is why we would only be able to specify the date on May 14 in Verkhovna Rada session,” – he told journalists. 112 Channel broadcasted the conversation with reporters.

Zelensky added that he suggested May 19 as date for his inauguration ceremony.

“We suggested our date – May 19 – because it is already time to get to work. I have explained why that day: we have to announce the date in advance for the international guests. They’d like to plan their own schedule and they’d like to come to Ukraine for this celebration,” - he said.

On April 21, Ukraine had held second round of presidential election. Voters’ turnout was 61.37%. According to final data from Central Election Committee that was published in official state newspaper “Holos Ukrayiny” Zelensky had won presidency with 73.22% of votes or with 13.5 million of votes casted for him. Acting President Petro Poroshenko got 24.45% of votes – 4.5 million persons voted for him.

The new President has to assume office within 30 days term starting from official announcement of the election results – that is to say no later than June 3. Verkhovna Rada determines the exact date.

On May 3, Iryna Herashchenko First Deputy Chairwoman of Parliament reported that Rada would define the date of inauguration for Zelensky between May 14 and 17.

On the same day a proposal was registered in the Parliament to hold Zelenky’s inauguration on May 19.