Illarionov: Putin tries to push "Novorossiya" back into Ukraine 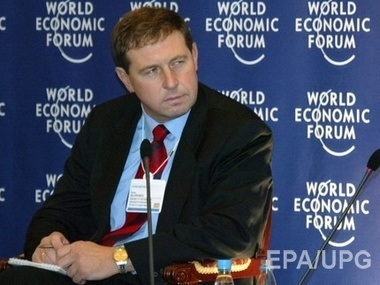 Illarionov: Putin’s mission is to achieve breakdown of Ukraine by hook or by crook, with the military or with separatists
Photo: ЕPА

The Russian President Vladimir Putin needs an economic, social and political crisis in Ukraine to destroy it from within, Putin’s former advisor Andrey Illarionov believes.

Vladimir Putin is trying to push the self-proclaimed republics back into Ukraine hoping that they will destroy the country from within, Russian President’s former advisor Andrey Illarionov said in his comment for the GORDON.

"I have a feeling that Putin is trying to push these republics back into Ukraine thus not abandoning but strengthening the Novorossiya project because he considers that these so-called republics will destroy Ukraine from within and will help initiate his favourite federalization project. Example shown by these two enclaves can be further spread in other regions of the country. Putin’s mission is to achieve breakdown of Ukraine by hook or by crook, with the military or with separatists," he stated.

According to Illarionov, Putin is already developing a third scenario in Ukraine using new people. "Putin’s cast has changed again as different people are involved at different stages of this project. There was a period when the Crimean way seemed to work out. It was in April when the Novorossiya speech was delivered on April 17 after 11 days of implementation of the Russian Spring project. Then it turned out that this method had failed. After that, there was an illusion that his aims could be achieved using force, but it became clear soon that it was too expensive, so this idea was a failure, too. Then Putin started developing at least a third scenario: he consolidated his positions as a result of the Minsk accords and stabilized the situation in these republics to some degree, he wants to use them as a stake for destroying Ukraine from within. The aim remains unchanged, but the methods are different," the expert said.

The aim remains unchanged, but the methods are different

In his opinion, it is important for Putin to formalize and obtain a promise from the Ukrainian government that the process of federalization is initiated and the occupied regions are de facto becoming legitimate within Ukraine. Meanwhile, Putin is waiting for a crisis in our country, the expert considers.

"He hopes that the aggravation of the economic crisis will follow the worst scenario in Ukraine and will probably result in a default and discontinuation of external financing. This will lead to a considerable aggravation of the economic situation, to the collapse of the hryvnia exchange rate, increase in inflation and economic recession rates, and decline in the standard of living. It may be followed by a social and, as Putin hopes, a political crisis, resulting in temporary paralyzation of one of the branches of power and at least one of its institutes. It will be then that this scenario can be realized on a new basis," Illarionov noted. In his view, realization of this scenario will take the whole winter and will depend on how the economic and political situation in Ukraine will develop.

Exclusive Comments & Analysis
Illarionov: If a deficit-free budget is approved in Ukraine, the dollar will cost UAH 12 in February G
4 december, 2014 21.58 |comments:

Exclusive Comments & Analysis
Ex-Deputy of the State Duma Markov: The regime of Kiev junta will collapse itself after the hard winter and sobering of Europe G
14 november, 2014 18.12 |comments: