AFU launches offensive in many directions in southern Ukraine – Gumenyuk 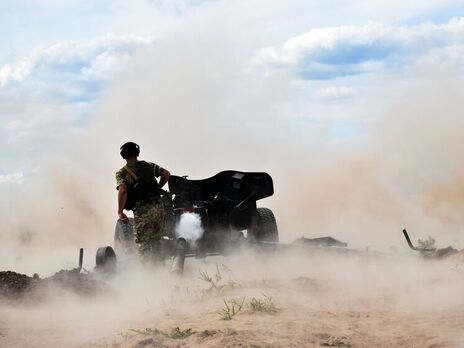 The Ukrainian Armed Forces have launched offensives on many directions in southern Ukraine, Nataliya Gumenyuk, head of the Joint Press Centre of the Defence Forces "South", has said. She said this in her comments to hromadske and Suspilne.

"The counteroffensive has been going on for a long time – it's about exhausting the enemy and preventing them from advancing. And today we have launched specifically offensive actions in different directions, including in the Kherson region", – she explained.

Before that, Gumenyuk confirmed the information of the "Kakhovka" operational grouping of forces that in Kherson Region the Ukrainian armed forces pressured the so-called "109th regiment of the DPR" into abandoning its positions.

The "Kakhovka" military grouping also said today that the Russian army had been cut off from supplies of arms and personnel from Crimea as the "big and terrifying HIMARS" had destroyed almost all major bridges, leaving only pedestrian crossings.

"This is a brilliant chance for Ukraine to regain its territories", – the report said.

Part of Kherson Region was occupied in the first month of a full-scale invasion of Ukraine by Russian troops.

On 28 May, the AFU "South" Operational Command reported that the Ukrainian military had launched a counter-offensive in the South. On July 4, the Ukrainian Armed Forces said that Ukrainian forces were advancing "slowly but steadily" in this direction.

In June and July, the Ukrainian Armed Forces destroyed a number of Russian ammunition storage sites in Kherson Region. In August, the Ukrainian Armed Forces disabled several bridges in Kherson Region, which were used by the Russian occupants to resupply. Even if the Russians manage to rebuild them, they will remain a vulnerable place, according to the British intelligence.

On 2 August, the Kherson regional state administration said that the Ukrainian armed forces had already liberated 53 towns and villages in the region from the Russian occupants.