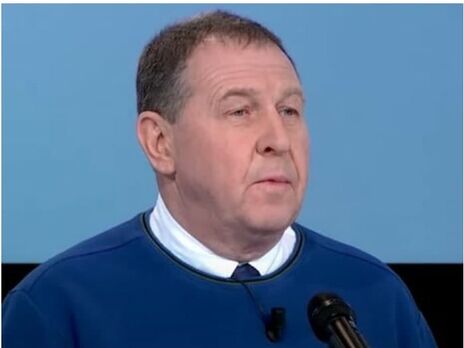 Illarionov named a peaceful plan that will ensure stable and long-term peace for the nations of Ukraine and Russia
Screenshot: Shuster online / YouTube

The peaceful plan to resolve the conflict in Donbass is "very simple," it is called "restoration of international law." On January 28, it was voiced by Russian economist and the president of the Institute of Economic Analysis Andrei Illarionov on Savik Shuster's Freedom of Speech program on the Ukraine channel.

"The restoration of Ukraine's internationally recognized borders, according to which the entire territory of Donetsk and Lugansk regions, the entire territory of Crimea, including Sevastopol, are inseparable parts of Ukrainian territory. The restoration of international law in accordance with the UN Statutes, the Budapest Memorandum, the final act of the Helsinki Conference on Security and Cooperation in Europe, the bilateral Russian-Ukrainian treaty, which has not been cancelled by Russia, among others. In accordance with this, this is the very peace plan that will really ensure a stable, long-term peace for both nations," Illarionov said.

In his opinion, the Minsk agreements, the implementation of which Moscow demands from Kiev, is a way to eliminate the independence of Ukraine.

According to former Foreign Minister Pavel Klimkin, Russia wants to have direct influence over all of Ukraine, it is not an issue of Donbass.

Immediately after the annexation of Crimea in 2014, Russia began armed aggression in eastern Ukraine. Fighting is taking place between the Ukrainian Armed Forces on one side and the Russian army and Russian-backed militants who control parts of Donetsk and Luhansk regions on the other.

Officially, the Russian Federation does not recognize its invasion of Ukraine, despite the facts and evidence presented by Ukraine.

Negotiations to resolve the conflict are held within the framework of the Trilateral Contact Group (Ukraine – OSCE – Russia) and the Normandy Four (Ukraine – Germany – France – Russia).