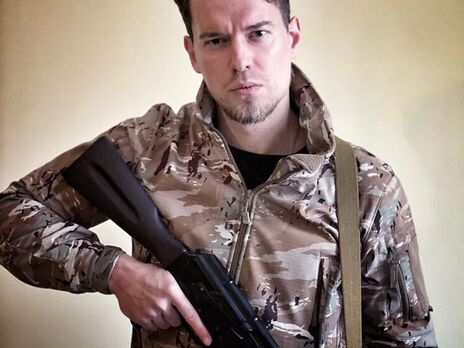 Before the war started, over 7 thousand members of the Russian special services were working against Ukraine, Dekhtyarenko said
Photo: Artem Dehtyarenko / Facebook

Before the war, which began after the Russian invasion on 24 February, over 7000 members of the Russian special services were working against Ukraine.

This was reported by SBU speaker Artem Dehtyarenko in his interview to Glavkom, published on December 29.

According to him, "this direction was constantly strengthened, in order to destabilize the situation".

Dehtyarenko was asked whether the SBU could name the names of the people on whom the Kremlin placed bets in case of occupation of Ukraine.

"The Federal Security Service (FSB) of the Russian Federation had a whole range of people at their disposal, from whom they wanted to create "local authorities" in the occupied territories. And the formation of such administrations was the task of the FSB operative groups. Already since mid-February of this year they went to the border regions of the Russian Federation and Belarus, and some of them stayed in temporarily occupied Crimea", – said a representative of the Ukrainian special services.

Regarding the people, continued Dehtyarenko, we are talking about former members of the Party of Regions, who left Ukraine long ago, and about politicians from the party "Opposition Platform – For Life" banned by the court on the 20th of June.

"They were very eager to return to power, with the support of the Russian troops.... There is no doubt that people like the former Minister of Defense [Pavlo] Lebedyev, the head of the SBU [Oleksandr] Yakymenko, the Minister of Internal Affairs [Vitaly] Zakharchenko, the deputy secretary of RNBO [Volodymyr] Sivkovych, the former head of the Presidential Administration [Andriy] Klyuyev, according to our data, played and continue to play an important role in the interaction with the Russian agents and the further planning of capturing the power", – noted Dehtyarenko.

He added that these people "had access to the greatest secrets" and could maintain contacts with their former colleagues in Ukraine.

"For example, Sivkovich and Klyuyev set up a so-called political office in Moscow, the operations of which are coordinated by the 5th Service of the FSB. Sivkovich in particular is assigned an important role in this scheme, because he has a wide range of contacts among the Ukrainian political establishment,– said the SBU chief. – Sivkovich and Klyuyev through their connections are picking Ukrainian citizens, who can be engaged by the FSB in the undermining activities. They compiled a list of people loyal to Russia, who were to be used in the occupation authorities."

The Russian Federation's plan after the attack on Ukraine was "quite simple and plausible," firstly – the elimination of President Volodymyr Zelenskiy, RNBO secretary Oleksiy Danilov said in an interview published on 14 December. "They considered it their number one priority and there have been several attempts to do so", - he said.

According to Danilov, if this plan worked, the occupants planned to create a puppet government in Ukraine and replace Zelensky. "People with large shoulder straps" were supposed to take over the government, but not the Russians, the RNBO secretary assumed. "Both for the position of prime minister and for the position of the head of state", – added Danilov.