Zelensky: If I cannot end the war than another person should come to my place 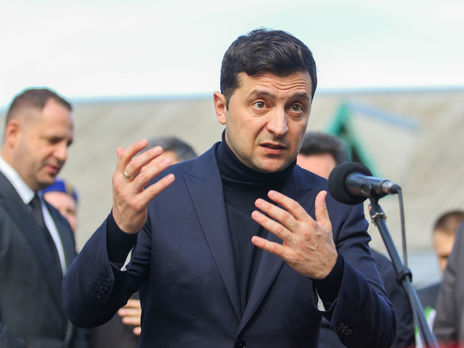 Zelensky says that Ukraine needs help of the whole world in stopping the war in Donbas.
Photo: depositphotos.com

According to the President of Ukraine Volodymyr Zelensky, he does not clung to ratings and power, and his principal goal is peace with Russia and return of the territories it had occupied.

President of Ukraine Volodymyr Zelensky in his HardTalk interview with Stephen Sackur declared that he would be ready to admit his failure if he would not be able to end the war with Russia. BBC News Ukraine cites a transcription of the interview.

Zelensky says he still believes that Moscow will return occupied territories. When asked if he believed that he would be able to conclude a peace agreement with Russian President Vladimir Putin that would reclaim occupied Ukrainian territories including Crimea, Zelensky answered: “I do believe. Oterwise I would not ru for Ukrainian presidency. It is going to be very difficult. And we need help of the whole world. That’s true. But I am not losing this belief.”

Ukrainian President answered positively Sackur’s question whether he would admit his failure to the people in case peace would not be established.

“It is not a problem for me. I was telling from the start that I don’t clung neither to ratings nor to power. If I cannot end the war than another person should come to my place who is able to finish this tragic affair between our countries.” – Zelensky claimed.

In 2014, immediately after the annexation of Crimea, Russia commenced armed aggression in the Eastern Ukraine. Military operations are conducted between Armed Forces of Ukraine on the one side and Russian army and Russian-backed insurgents in control of parts of Donetsk and Luhansk regions, on the other side. Officially, Russia does not admit its invasion in Ukraine in spite of facts and proofs provided by Ukraine.

Zelensky who won presidency in 2019 under the slogan of ending the war in Donbas now claims that the only way to finish the war is through negotiations on the highest level.