Belkovsky: Ukraine has much more interesting prospects, than the status of the Putin toady 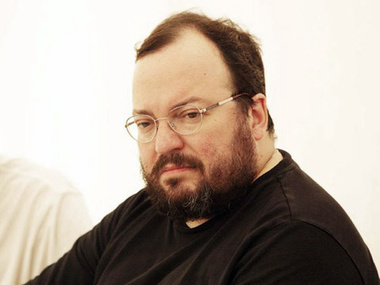 The Russian political scientist Stanislav Belkovsky in exclusive interview to the GORDON told why it is necessary to apply a method of Ericksonian Hypnosis to Putin, why it is impossible to trust observers of the OSCE and what does he think about the law on lustration in Ukraine.

– Stanislav Aleksandrovich, how do you estimate the results of negotiations in Milan? The Prime Minister of Italy Matteo Renzi declared to the press that Russia will be included in process of solution of the international problems. Has Putin after all come into own?

– Frankly speaking, I don’t see any break-through yet. Even if Matteo Renzi told a lie and nobody is going to include Putin in any processes, the statement of the Prime Minister of Italy is absolutely right step. The western leaders understand that it is impossible to press on Putin. He never surrenders to any direct pressure – whether it is pressure of people or circumstances. One can practice a method called in psychiatry Ericksonian Hypnosis when a patient should be treated only kindly, in other way there will be no result. One cannot tell the patient that he is a fool, it is necessary to convince him otherwise in any way, but herewith do one’s part. Since Ukraine is not an ultimate goal of Putin. He strives for coming into negotiations with the USA and Europe on the main problems of the modernity as well as making of the western leaders to perceive him to be a peer.

– But in Russia both oil is becoming cheaper, and ruble is falling, the western sanctions work seriously…

– Those who think that Russia will make concessions in the matters with Ukraine because of falling of prices to oil, the falling of ruble, understand the essence of Putin’s psychology very bad. He won’t make any concessions because of this. And the fact that the population of Russia will suffer because of this, - well, our people got used to suffering during centuries-long history. Though they think in the Kremlin that people had never lived so rich, as with Putin.

– In Milan Poroshenko and Merkel discussed the necessity of ceasefire in the east of Ukraine again. Because of frequent repetitions and absence of the result this phrase loses real sense. Attacks of the cities and positions of the Ukrainian army by fighters do not stop for any day…

– On the eve of the parliamentary elections Poroshenko is interested in formation of the ideas of ceasefire as his own achievement. And Russia is not going to cease fire because it needs the constant center of destabilization in Ukraine. Conversations carried out in the summit that Putin came to Milan nearly on the bended knees, feels driven into a corner, do not quadrate to facts. He even feels like a winner considering that he has achieved lots lately. And if not a brought down Malaysian Boeing, he would achieve the same but much quicker and more effectively. In his conception, "DNR" and "LNR" have already become subjects of negotiations, the border delimitation lines of the territories that in fact are not under the Ukrainian control, are created, a special status was conferred to these territories by legislation. But the main his success is what happened on September 17 in Washington when Barack Obama refused Ukraine in the status of the key military allies beyond the framework of NATO. That’s why Putin feels that he seizes fortune by the forelock. He goes from victory to victory, in his perception.

– In your opinion, is the law on the special status of the occupied territories a true stride of the Ukrainian government?

– It is a big concession to Russia, but I would not criticize Poroshenko because this concession is made after a serious defeat near Ilovaysk and under the threat of further advance of the Russian troops to Mariupol. And it is necessary to pay for any defeat, there’s nothing to be done.

– Putin has levers of pressure upon the OSCE. This organization is quite loyal to him. One can only suppose on what this loyalty is built, there are different versions including that Putin feeds up observers. Besides there is a constant threat of their security in the territories under control of "DNR" and "LNR", - as if irrespectively of Putin. "DNR" and "LNR" often express some formal disagreement with Moscow – but just then when it is necessary for Moscow. The leader of "DNR" Zakharchenko, for example, has already told that will not let the OSCE to his territory. And if observers have no security guarantees, they also observe watchfully or do not observe at all.

– The Ministry of Foreign Affairs of the Russian Federation took to heart the law on lustration adopted recently in Ukraine, having equated it to political persecutions. What do you say to that?

– This law is absolutely timely and correct measure, other question – how will it be carried out in practice. It is clear that the considerable part of the Ukrainian economic and political elite will fight against its embodiment.

– In our pre-election parliamentary lists there is a lot of old names – people from Yanukovych's team. Knowing how they yearn for power, one can seriously be afraid that nevertheless some of them will get to the parliament. Putin will conduct them for certain.

– Well where have we to go from the old faces if new faces as potential representatives of the Russian-speaking regions did not appear? Yes, it is quite possible that people, about whom you speak, will get some number of votes, but not so much, as before. Thanks to (in this case this pretext is appropriate) the Russian aggression Ukraine became much more united and close-knit. It is proved by the fact that in all regions that took part in elections, Poroshenko took premier place. In pure form there are no more candidates of the East and the West. I don’t think that the Ukrainian politicians, whatever they were, are interested in control from Putin. Ukraine has much more interesting prospects, than the status of the Putin toady. Actually, therefore no elite groups ever aspired to Russia. On whatever pro-Russian positions they formally stood, they perfectly understand today that authoritative Putin capitalism is much worse, than the Ukrainian outlaws, even corrupted and unorganized. I don’t presume a great influence of Putin on new parliament. The main conductor of Putin in Ukraine was and is Viktor Medvedchuk – he is not present in the parliament but as for the others, despite of sympathies, hardly someone will want to voluntary resign himself to Putin's control machine.

– Posters advertising the "Oppositional Block" to which entered the representatives of the Party of Regions that allegedly refused to participate in the parliamentary elections, hang in streets of Donetsk and Lugansk. But it is hard to invent more clear evidence of their relation with pro-Russian terrorists. After all there is no other pre-election political advertising in these cities. Yes it would be impossible – "DNR" and "LNR" recognize neither elections, nor the Ukrainian power.

– From the point of view of the "Oppositional Block", there is a certain reason in it. Thereby it shows that Donetsk and Lugansk is Ukraine that, by the way, coincides with the position of Moscow that also considers that Donetsk and Lugansk is a part of Ukraine. In fact Russia did not annex the Donetsk and Lugansk regions, as well it does not recognize independence of "DNR" and "LNR". Russia just provoked Poroshenko to adopt the law on the special status after catastrophic defeat near Ilovaysk. It is important for Putin that these regions remain a part of Ukraine and not only because he is not going to feed them but also because it is a base area for destabilization of Ukraine at any time when he wants it. After all if Donetsk and Lugansk formally leave structure of Ukraine, it won’t care a curse for them and then it will be more difficult for him to blackmail Ukraine with their help.