Benyuk: Culture has always been a tool for fighting against enemies, but it is used in a wrong way now 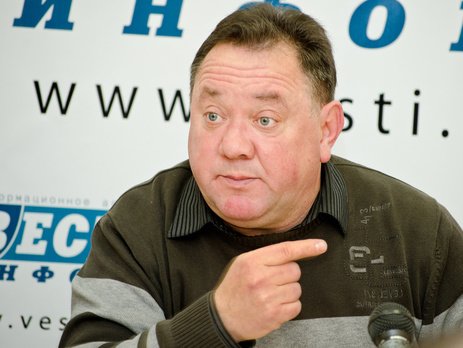 Benyuk: Want it or not, but money should be spent on culture for Ukraine to develop as a state
Photo: baskino.com

If Ukrainian culture is not taken care of, we may be deprived of spirit, language, and heart, believes the actor and people’s deputy from the Svoboda party Bogdan Benyuk.

Culture has always been a tool for fighting against enemies, but it is used in a wrong way now, the actor and people’s deputy from the Svoboda party Bogdan Benyuk said in the comment to the GORDON .

"Culture has always been the tool that should be used for establishing a single spirit in a state, for fighting against enemies and all negative phenomena that run counter the tasks set before the Ukrainian state. We are well aware that culture is a very important tool, but it is used in a wrong way. There are some rudiments, but there is no influence that culture may exert on the population. I would like that it should be discussed at the highest level, the president should start speaking about it," he reported.

According to Benyuk, considerable funds must be allocated for the development of culture.

"The prime minister who allocated funds for implementation of these ideas should also think about these words because it all requires much money. Want it or not, but it must be done if we want our state to continue functioning as Ukrainian state. Otherwise, other things will appear that will deprive us of our territorial and informational influence as well as of our spirit, heart, language and all the rest. The prime minister of Great Britain who approved England’s annual budget during war said very good words when the cultural expenses were excluded. Someone noted, "Sir, there is war." And he replied, "And what are we fighting for?" Once the president made such a statement, let him support it with concrete decisions, it is very important," the actor said.

"The most important thing is that Shevchenko’s spirit that is alive in Ukraine should be used properly. And time will show what is done in the world and what are the feelings behind it. Separatists will forget in a year or two where they were born and who they are," Benyuk summed up.