Borislav Bereza: It was for the first time that Russia has been pointed out its prospects 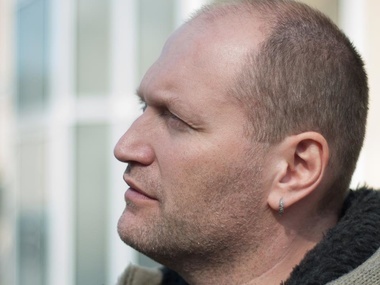 According to the speaker of the Right Sector Borislav Bereza, the Russian President Vladimir Putin cannot stop military operations in Ukraine now because he will lose respect in Russia.

The destiny of the Soviet Union is what is waiting for Russia, and Ukraine will benefit from it, the head of the information department of the Right Sector and elected People's Deputy Borislav Bereza stated in an exclusive interview to the "GORDON" .

"Putin followed the classical scenario described by Evgeny Shvarts in his play "The Dragon". Boy, "Mother, a dragon is getting away in the sky". First citizen: "He is not getting away, boy. He is maneuvering". Boy, "And why did he put his tail between the legs?" First citizen, "He did it according to a well-considered plan, boy." Actually, all tyrants, getting under obstruction, behave in the same way: they run, putting the tail between the legs. I think that it was for the first time that Russia has been pointed out its prospects.

He considers that the Russian president perfectly understands that Russia can repeat the fate of the Soviet Union.

"In one year Putin turned from a person who really participated in the events on the world stage, into a person who will not only be subjected to sanctions, but whose country is merely being destroyed. He understands that Russia today will be the successor of the Soviet Union collapse. What happened to the Soviet Union most likely expects Russia, too," Bereza reported.

In his opinion, such option is more than favorable and necessary for Ukraine. "It means that we should have patience, constrain his aggression in the east and understand that Donbass and the Crimea will return to Ukraine after the collapse of Russia," Bereza said.

"Mister Markov, declaring that an attempt against Putin was being prepared in Australia, acted as a typical court toady, trying to get out of the situation and showing his master in the best light. It will not work out. The point is that people are not koalas. They have more developed intellect and, respectively, they can assess the situation. It is weak-willed creatures like koalas that can be told anything. They can be taken on hands, teased, put something in the feeding trough: forage or not. And people, free people, see the situation at large," he reported.

According to Bereza, Putin had a real moral shock at the G20 summit in Australia.

"There was not enough straw to soften his fall. Putin had a very serious moral shock and is now thinking what to do next. There is no reason to stop because he will lose respect in Russia. But he cannot but stop, otherwise he will lose Russia," Bereza said.

On Saturday, November 15, the G20 summit started   in Australia, during which the world leading countries discussed questions of the recovery of global economy taking into account new challenges.

During the handshake at the G20 summit the Prime Minister of Canada Stephen Harper  told  the Russian President Vladimir Putin to get away from Ukraine. The German chancellor Angela Merkel  reported that she does not expect any qualitative changes of the situation in connection with the meeting with the Russian president that is planned within the G20 summit.

Ukrainians in Australia  held  a demonstration against the Russian President Vladimir Putin’s visit to the G20 summit.