Chornovil: Leaders of the EU will offer Putin very big carrot together with even bigger stick 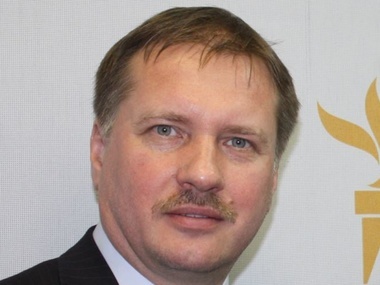 The ex-deputy and political scientist Taras Chornovil considers that direct participation of heads of France and Germany in negotiations on peaceful settlement on Donbass testifies that they accepted Ukraine to the "club of adults" and included it in the European security system.

Today's negotiations in between the president of France François Hollande, the German chancellor Angela Merkel and the Russian President Vladimir Putin will hardly be productive. About it in the comment to "GORDON" was told by the political expert Taras Chornovil.

"It will be hardly possible to reach anything after one meeting as leaders of and go to the inadequate country and to the inadequate person. It is approximately the same if, for example, the history returned and in September, 1939 leaders of and did not declare strange war, but would go to to negotiations with Hitler, explaining him that he is not right. It would be hard to count on result, but at that time Hitler felt a little bit better, than Putin feels today"— Chornovil considers.

"Therefore results on quality are not predicted at all, but this visit happens in the atmosphere, good for . Europe and the world seriously looked after the events in . The world is cynical, and we she should reconcile with this fact. The world watched whether Ukraine is ready to fight and whether the syndrome of spring doesn't repeat when it was impossible to give us the weapon, understanding that there was total change in power"— the expert noted.

According to Taras Chornovil, the progress of the Ukrainian army in reflection of attacks of the opponent convinced the West that is the independent player and ready to fight for its sovereignty.

"Now they saw that in there is an army that can fight. The last fights under the airport showed that we can resist to an aggressor, so, it is possible to deal with us. Merkel and Hollande joined in fire diplomacy, and it is a sign that was accepted to the "club of adults". We are included in the general European system of absolute inviolability of borders and preservation of safety of the states"— Chornovil considers.

"They consider Putin as not the mediator but as the leader of the country aggressor. Conversation with him will be very heavy and very serious. Results cannot be predicted. They can even mean strengthening of aggression from for a certain time. But from the West the Kremlin will be handed very big carrot and very big stick. Thus the ratio of sizes will change in favor of a stick. Perhaps, the agreement on easing of sanctions in exchange for troop withdrawal from the territory of Donbass will be reached, but it is not necessary to speak about full removal of sanctions as for the West the question of the Crimea is basic"— the political scientist noted.

According to Taras Chornovil, conditions of a truce will be based on the agreements.

"As for conditions which can be defined for , I think, they can be based on very first format which were defined in August of last year. It is not autonomy, but big powers for the local government. It is actually a legitimation of certain groups of separatists who did not take part in war crimes. Perhaps, the will discuss that on Donbass for a certain period there will be a form of local government, other than all other territory of the country. Plus the arrangement about actual, new, fixing of the line of division is possible"— Chornovil stated.