Chumak: Distribution networks are speculatively marking up prices for products at the background of the increasing dollar rate 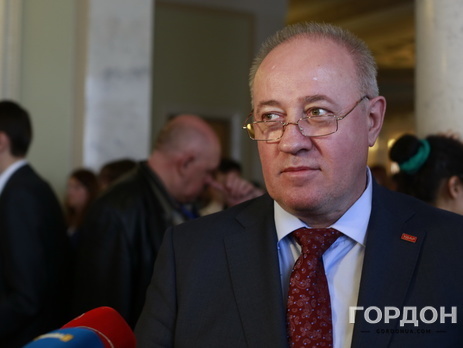 Chumak believes that the prices for products are marked up artificially
Photo: Alexander Khomenko / Gordonua.com

The People’s Deputy from the Petro Poroshenko Bloc Viktor Chumak considers that there were objective reasons for the drop in the hryvnia rate, but it will probably return to UAH 20-22 / $1.

The People’s Deputy Viktor Chumak believes that there were objective reasons for the drop in the hryvnia rate, and some companies may have made good profit using exchange rate fluctuations. He said it in the comment to the GORDON .

"I do not want to mention the corruption factor so far. There were objective reasons for the drop in the hryvnia rate. If something is in deficit, it will always cost much. The foreign currency inflow is minimal for the goods and services provided by the country. We have not received money from the IMF so far, probably these were the reasons for the increase in the dollar rate. But it is out of the question that it was marked up. We must check the banks that had the most interesting margin from marking up the rates," Chumak thinks.

"I am more concerned about speculation with products. Last year, the situation was the same with the growing prices for products and panic in food stores. Someone is marking up the exchange rate, and distribution networks free the storehouses of the stocks at the same time" the people’s deputy noted.

In Viktor Chumak’s opinion, the hryvnia rate will be stabilized in the future, and the prices will go down.

"If the dollar rate and prices for rice and buckwheat decrease, these products will have been sold at the highest price already. And most likely, the prices will go down. It is probable that the dollar will fall to 20-22. And the prices for petrol will go down, too. Petrol prices always correlate with the dollar rate in our country though I do not understand how it can be. Petrol is purchased three months in advance and it must be sold at the price that was paid three months ago," Chumak believes.

"Yes, we have difficulties, but we will overcome them anyway. I have been to Ireland recently, and I met interesting people and some of our panic-mongers who were crying that everything was bad. I answered, "Remember years between 1992 and 1994. My salary was $12 then, I paid $7 for the rent, and four of us lived on $5," the people’s deputy added.

"It seems to me that it is very easy to manipulate people with such turbulence of foreign currency, rise in prices and war. It is definite that the demonstration near the NBU building are manipulation. It is also clear that people are in despair. There are 30 to 40 persons who are manipulating at such demonstrations, and all the rest follow them because they are in a desperate situation," Viktor Chumak pointed out.

In the people’s deputy’s opinion, mass protests during the military conflict play into Russia’s hands, and citizens had better refrain from them.

"It would be stupid of Russia if it did not heat up such Maidans under conditions of the crisis and war. Perhaps, it is also stupid to break them up, but it depends on how to do it. Sometimes the government must show its teeth. My profound conviction is that going to Maidans during war is not the best option for the public," Chumak thinks.

"There must be high level of communication between the National Bank, the government, and the president. The leaders must speak to people at least once a week to describe the situation and possible ways out in order to avoid Maidans. I think it stupid if there is no such communication with citizens. There must be comprehensive communication with society, but it is not right to allow destabilization in society," the people’s deputy added.