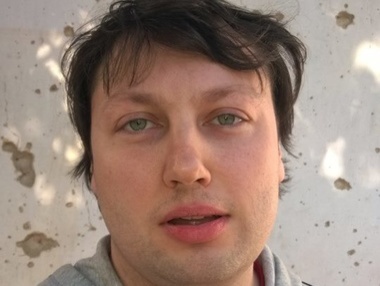 Menendez: The "special status" will hardly be a great achievement for people who was supporting the terrorists
Photo: Enrique Menendez / Facebook

The "special status" of some Donbass regions is one of the main achievements of the second part of the Minsk accords, the Donetsk activist and volunteer of the initiative group "Responsible Citizens of Donbass" Enrique Menendez.

The terrorists’ global requirements remained unchanged – they want to defend all borders of Donetsk and Lugansk regions, the Donetsk activist Enrique Menendez said in the comment to the GORDON .

"I have learnt to think that there are plenty of statements before difficult decisions, and one should not pay attention to them because they all look like strengthening the negotiating positions. It is clear that the terrorists' global requirements remained unchanged – they want to defend all borders of Donetsk and Lugansk regions, at least at the level of public rhetoric," the activist said.

According to Menendez, the conversation about the borders is a political public game.

"The Minsk accords explicitly and definitely stipulate that the control over the 400-kilometre section of the Russian-Ukrainian border situated in Donetsk and Lugansk regions will pass to Ukraine only in the end of 2015 when all other steps are taken, including amnesty of all people who have participated in these events. Nevertheless, public speakers from the Ukrainian side keep claiming that it is necessary to gain control over the border. Of course, it is necessary to gain control over the border, but it is clearly stipulated that it will be in the end of 2015, however they want it right now. I suppose that these are just negotiations and a gallery play," he said.

However, according to Menendez, one should always start with something.

"The real political process usually takes place behind the scenes, and public statements are made to affect both the enemy аnd the internal audience. People who were supporting terrorists in Donetsk can hardly think it a great achievement that only some regions of Donetsk and Lugansk regions have gained the special status, but one should always start with something," the activist claimed.

The activist believes that the real political process of conflict settlement has begun now.

"It is agreed that the border of regions with a special status will be along the demarcation line that was approved on September 19 during the first negotiations in Minsk. The special status had been discussed before, but it did not come to the real process. And we can say now that it is one of the key achievements of the second part of the Minsk accords because, besides the withdrawal of heavy arms and ceasefire, there is already a political decision. I think that certain regions need the special status to demonstrate it to the supporters as one of achievements and to initiate the process," Menendez said.

In his opinion, the approval of the "special zone" in Donbass may become the first step in the organization of the further process.

"I have never believed that real preferences are possible within the present borders, nevertheless it will make it possible to move to the political plane, in particular, for the "resistance" leaders here in the east. It may be the first step towards more global arrangements that will help organize all the rest step by step. For example, the critical moment of the second Minsk accords will be elections in these territories held according to the Ukrainian legislation. Probably, it will be possible to speak about something else then," the activist commented.