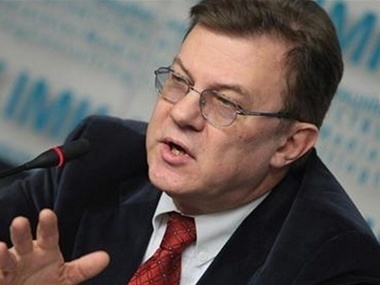 According to the economist, the president of the Center of Market Reforms Vladimir Lanovoy, reform target programs must be drafted and concrete bills must be designed for their implementation.

Under the circumstances, more specific reform programs must be drafted instead of the coalition agreement so that the deputies would not forget about them two weeks later, the famous economist and president of the Center of Market Reforms Vladimir Lanovoy stated in the comment to "GORDON".

He has an impression that most of the deputies have not even read the signed document.

"This coalition agreement is another senseless fuss for me. I have a feeling that the deputies that joined the coalition are not very well educated in terms of reforms. Now they have read the text of the agreement and will actively talk about it on TV," the expert stated.

"I do not want to criticize the coalition agreement, but any political declarations are not profound enough. More specific reform projects must be drafted and concrete programs and bills must be designed for their implementation. Otherwise, such agreements turn into continuous populism and demagogy," Lanovoy reported.

According to the expert, people began to pay more attention to the actions of the government after Maidan.

"Generally, they can draft as many coalition agreements as they want, but, first of all, concrete results of reforms are required at least 100 days after the formation of the Cabinet of Ministers. Only the public will decide whether the results will be positive. The nation was uncoordinated before Maidan – now it is mobilized and very focused, and it will tell the politicians if their reforms are effective or not," Lanovoy declared.