Ex-MP Ganuschak: The country can not afford the current level of social assistance. This does not exist anywhere in the world 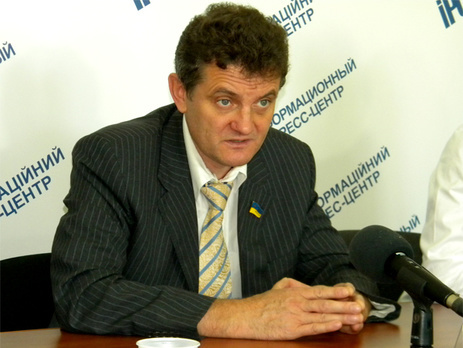 Politicians have to explain to Ukrainians that pension contributions must meet the level of pensions, the expert of critical care reform package, ex-MP of the Verkhovna Rada of VI convocation Yurii Ganuschak thinks.

"Changes in pension legislation sooner or later had to be made. The country can not afford this level of social assistance. This level does not exist anywhere in the world. The is issue is not that we are paid much, but that it is not ordered. We have double or even triple providing of benefits. We even do not have the list of all of these benefits. And in general, the concept of benefits in the world is almost never used, it goes everywhere the compensation in monetary form. Someday we will have to do it. There is a certain conflict: on the one hand, we can increase the time of retirement, and on the other hand, it is impossible to pay twice - both pension and salary. This is nonsense: you are either retired, or you get a paycheck. Politics need to decide that 65 years - is the norm, "- he said.

According to the expert, the pension system in the country is destroyed.

"We have completely destroyed the pension system. The pension system is based on the fact that the pension should be the size of a man deferred assets during the active life. And then the question "When to retire?" is being solved based on the fact whether you survive on the pension that you’ve earned or not. If the accumulation of pension is twice of the minimum living wage, then why not to let man retire. Europe is very surprised, they say, 'Here you are poor, saying that this can not be done, but around the world the pension age is monitored in terms of life, "- said Ganuschak.

Ukraine needs to go to the NDC pension system, he said.

"In average women who retire live up to 80 years and men to 75 years. They live a very long time and, therefore, to continue the retirement age is absolutely normal. We must switch to the NDC system, when all the contributions to the pension fund are monitored, and then the question of the retirement age vanishes. There are professions where the human capacity is much higher, so the norm should be not 0.32 but 0.50. For example, miners and metallurgists. And then people can go aged 45 years into retirement. Then he had enough savings. Or can not retire - then he will get a lot more. A serious question arises when a person has not earned. Then it is not necessary to talk about pensions and we should talk about social security payments to be miserly, "- he said.

According to Ganuschak, it is now practically impossible to understand - what pension you will have.

"The only way to encourage people - is to go to the NDC system. Then the people will clearly see on the website of the pension fund what will be the size of his/her pension and how much money it is. We now cultivate the egalitarianism - no matter if you work or not we won’t let you die. Hence there appear shouts from politicians " Let's increase the pensions! "This is the most dangerous, because there are no boundaries," - he said.

The reforms, in his opinion, will test the strength of the coalition.

"This is a very serious check on the coalition strength. It is already clear that such coalition can not exist. There are weak units in it, such as the party "Batkivschina", which can not be in power. It should always be in opposition except for the cases when Yulia Tymoshenko will be prime minister. Other options are not accepted. Now, in fact, using the shell of the coalition, the party "Batkivschina" will make its programs and practically will destroy the coalition. Yesterday adopted decisions are socially insignificant."- said the expert.

According to the former People's Deputy, it is always a situation when someone who did well - is silent, and the one who is bad - yells in our country.

"There is a latent public support for the decisions taken. You can not say that the electorate is against, but we always have a situation when those who support are always silent, and those who feel bad scream like crazy, and sometimes they create the impression that they feel bad. A striking example: the vast majority of cities of regional importance because of changes to the Budget Code got much better budgets. But the background was made (and, incidentally, Tymoshenko now feeds it very powerful) that budget code is bad. So, all 99% of the cities that received benefits from the Budget Code are silent. Kiev has received + 5 billion but is also silent. No one protects the new system and it develops into a picture that everything is very bad, that people are totally against and that in couple of days the third Maidan will start. In this regard, I can say that the information policy of the Cabinet is very weak, "- Ganuschak concluded.
Tags: Verkhovna Rada, Yulia Tymoshenko, Yurii Ganuschak
Опрос