Igor Lutsenko: Gontareva’s dismissal might be a normal signal for the start of economic reforms 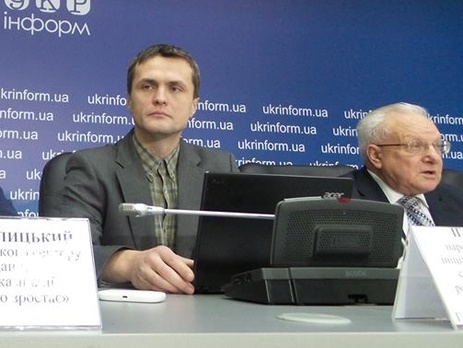 The People’s Deputy from the Batkivshchyna faction Igor Lutsenko considers that the dismissal of the Head of the National Bank of Ukraine Valeriya Gontareva was about to take place long ago though it will not solve all problems in the Ukrainian economy.

The drop in the hryvnia rate cannot be called a pre-planned action though the NBU management is definitely to blame for the foreign currency crisis. The People’s Deputy Igor Lutsenko said it in the comment to the GORDON .

"I do not think that it was a pre-planned action aimed at the downfall of hryvnia. Definitely, the current head of the NBU is partly to blame for it because she has not ensured trust to the National Bank. She behaves exactly like a puppet manager who only reports to one person, and society itself is not the main superior to her," Lutsenko noted.

"As a result, the banking community and the public treats her as a person that does not listen to others’ ideas and that will stick to her own program. But this program kept failing, and the level of trust fell, too. And trust accounts for 95% of success in the banking sector. Communication with the public in broad understanding has not been organized, and we can see the result now," the people’s deputy considers.

According to Igor Lutsenko, the main problem of the hryvnia is that the level of trust to the national currency is very low.

"There is also a problem of imbalance of the budget that provides for minting hryvnias. It happened so, and it is not clear yet if there will be the IMF tranche and in what amount. It will take many hryvnias to cover certain budgetary provisions, and there is definiteness from the IMF. As a result, nobody trusts the national currency, everybody tries to keep savings in other currencies," Lutsenko pointed out.

"Gontareva’s dismissal will not solve the problem, but it was about to take place long ago. The situation is similar to the prosecutor general. It was obvious that there would be no results with such personnel policy and with such prosecutor general, so another person should have been appointed. And this attempt to appoint someone else, in my opinion, is a positive signal to the public that the government is willing to reload the situation, however bad it might be," the people’s deputy stated.

In Igor Lutsenko’s opinion, Valeriya Gontareva’s dismissal may be a signal to the market that reforms in the economy have already started.

"Circulating in banking circles, I noted that Gontareva did not manage to win any good reputation though nobody was very sceptical about her before. I would like to emphasize once again that her dismissal would be a normal signal for the start of economic reforms. Together with other steps, there would be a chance of a positive scenario for the hryvnia," Lutsenko noted.

"One person decides such matters. Probably, the president will look at Shokin’s actions and see that he is better than the passive Yarema under the same circumstances. Perhaps, it will be possible to attribute all sins to one person in the case with Gontareva, and the new candidate will be able to start everything from the scratch then," the people’s deputy said.