People’s Deputy Kaplin: Part of money borrowed by the government is spent on maintaining schemes that were used under Yanukovych 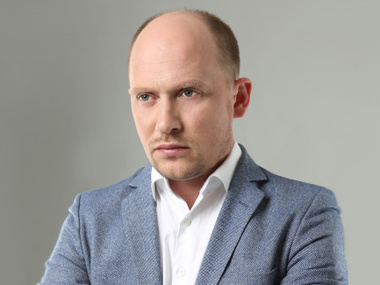 Kaplin: Gontareva should be but under the steamroller and the rate will stabilize
Photo: on-line.poltava.ua

The Head of the National Bank Valeriya Gontareva should understand that the hryvnia rate depends on her words, considers the People’s Deputy from the Petro Poroshenko Bloc Sergey Kaplin

Part of money borrowed by the Ukrainian government is spent on smart reforms, whereas another part is spent on maintaining schemes that were used under Yanukovych. This opinion was expressed to the GORDON by Sergey Kaplin, People’s Deputy from the Petro Poroshenko Bloc and First Deputy Chairman of the Committee for Social Policy, Employment and Pension System.

"The government is pursuing a monetary and populist policy when money is borrowed, and part of it is spent on very smart reforms, whereas another part is spent on maintaining schemes that were used under Yanukovych and are used now. Only a small part is spent on real economy. I see the amendments to the budget and can say that, unfortunately, they have no reformatory logic. Reforms first of all imply changing a certain economic structure in the state. And the structure is such that we pump the state apparatus with money instead of allocating it to the real economic sectorWe do not follow the way of creating a powerful state nor the way of creating the real economic sector. There are such half-measures in everything," the people’s deputy thinks.

According to Kaplin, Valeriya Gontareva as the Head of the National Bank should be be careful about her statements.

"Gontareva is impelementing a new algorithm that is not acceptable for average citizens. What actually happens because of the increase in the dollar rate? Citizens’ resources are washed out and large internal corporations that export money abroad are supported. Gontareva cannot harness the psychological factor of the rate growth. She behaves in an absolutely inadequate way as far as presentation and explanation of the growth is concerned. When the Head of the National Bank makes announcements that, in fact, provoke further rate growth, and she thinks that she is performing in front of a Nobel Prize committee, it is absolutely unacceptable. The Head of the National Bank is a person who opens her mouth and makes the rate go up or down. She must know and be aware of this. I want to teach Gontareva a lesson: state funds either grow or shrink depending on how she opens her mouth. One must check one’s wishes to make sharp statements. She is not a politician, she is a banker. I know three or four precedents when the rate sharply increased after Gontareva’s speeches," he reported.

The trouble of the Ukrainian National Bank is that it constantly depends on politics, Kaplin believes.

"Gontareva has no clear understanding of the future of our national currency. Why does not she have it? Because she is not independent. She cannot come and say to the prime-minister, "Guys, I understand why you keep silent now". Have you heard the phrase "national currency rate" from the prime-minister of Ukraine for the last several months? No, you haven’t. And very much depends on the prime-minister and the president. The trouble of the National Bank that has been present for 20 years is constant dependency of its head and all the administration from the Ukrainian politics and Ukrainian politicians. It is the biggest danger," he said.

In the people’s deputy’s opinion, there are three ways to solve the crisis.

"If she were independent and understood as a banker that the national currency has very weak prospects with such tendencies in the trade balance in the state of war and panic, she would take concrete steps in three directions: the first one is administrative regulation of the procedure of sales and other aspects that form the objective basis for the rate growth and stabilization; the second one is the fight against the black market; and the third one is involvement of the National Bank as a regulator and a participant through the intervention mechanism. These three mechanisms working simultaneously could keep the rate within an adequate range" he said.

According to Kaplin, the country is in an economic pocket.

"The whole country is in a pocket now. We do not say about Ilovaysk, Debaltsevo, or the Donetsk airport. The whole country, every single citizen, small and medium businesses, and large corporations that do not have exports have found themselves in a pocket. There are no innocent people here because it is not about 3000 people, it is about the whole country. The situation will not change if Gontareva is replaced. Another person will come, and if he or she starts running to the offices of the Presidential Administration, the Cabinet of Ministers and Verkhovna Rada factions, people and politicians will start attacking him or her sooner or later. One must become aware that the financial laws are above the political laws. This is not a game. The whole economy and whole sectors may collapse in a day only because of careless, unsuccessful, or too politicized actions of this or that head or his lack of independence," he stated.

The people’s deputy considers that the hryvnia rate may be held for some time if the Head of the National Bank is replaced.

"What happens? We are given 17 billion dollars, including 11 billion in March. 247 000 000 are allocated for subsidizing the housing and utility sector. I have divided it by 5 million citizens who need subsidies and got 40 hryvnias a month. What is it? It is a false pattern of subsidies. It is an absolutely unreal figure to lessen the load on the family budget. It is unreal for implementation. Half a million is allocated to mammography and haemodialysis units though most of them will be purchased abroad. What are 500 million now that the possible dollar rate is 50?  And it will be 50 if this machine that is going sharply downhill is not stopped now. It can be stopped only if Gontareva lies down under it. We will be able to hold the rate psychologically for a month after her dismissal. If we do not dismiss her, we lose another several billion hryvnias. If Gontareva is put under this steamroller, the rate may stabilize for some time," Kaplin said.

According to him, Ukraine might be granted exemption from contributions to external political structures for some time.

"I do not know how our negotiators conducted talks, but I do not understand why Ukraine still has to pay contributions to external political institutions, for example, to the UNO? As a matter of fact, the global community does not keep its obligations. Cannot a country at war be granted exemption from payments for some time? We’d better buy tanks, armoured personnel carriers, we’d better equip our soldiers with this money. The budget earmarks two and a half billion for the new actual borderline that will separate the ATO zone, Ukraine and the Crimea. Let us say frankly that we are building a borderline. There must be some military logic. We must be frank towards people. Thanks God, special pensions have been removed and we will save around 4 billion. The number of HEIs will be reduced three times, from 800 to 300, the number of schools and technical colleges will be reduced in the same proportion. It will save 300 000 000. You have saved 4 billion on special pensions, let us let schools in peace. Where are you going to remove them?!" the people’s deputy summed up.