Political scientist Shevtsova: An accidental death of an American instructor at Ukrainian battlefield could lead to a nuclear disaster 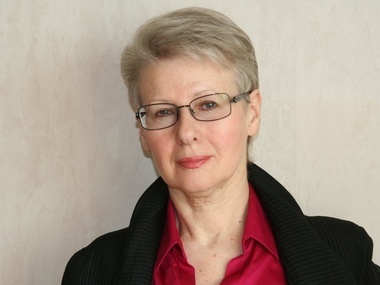 Shevtsova: If the United States will take part in the conflict in Ukraine, Russia's response will be difficult to predict
Photo: Lilia Shevtsova / Facebook

The Kremlin is not ready to get involved in a full-scale war in Ukraine, especially in a war with the West, but is looking for every opportunity to undermine Ukrainian statehood. This opinion was expressed in an exclusive interview with "GORDON" by lead researcher of the Moscow Carnegie Center, Russian political scientist Lilia Shevtsova.

Opinions on deliveries to Ukraine of lethal weapons in the United States have been sharply divided. On the one hand they say it is necessary to respond to events in the Donbas. On the other hand people believe that the Americans in any case can not get involved in the Ukrainian conflict. The leading investigator of the Moscow Carnegie Center, Russian political scientist Lilia Shevtsova rewieved the arguments of the both sides.

Europe can not supply weapons, without exposing themselves to the risk of rupture of relations with Russia

The question on weapons supply, especially lethal weapons, including defense weapons - is now a painful and sensitive issue for Europe and America. Europe can not supply weapons, without exposing themselves to the risk of rupture of relations with Russia and the Russian response. There is now now for Europe to support Ukraine in military terms. NATO and the US can supply weapons. The congress in its support act has already proposed the President to start such supplies. President Obama signed the relevant decree, and now the Americans have a legal legislative framework to support Ukraine.

So far, Obama has been reflecting on this matter and was not ready to expand strongly the confrontation in Ukraine, because he feared that the United States and NATO will be involved in a military conflict with nuclear power state. Obama’s uncertainty, his indecisiveness and unwillingness to get involved in military story - it was the policy of US President until today. But now there is a new situation in Washington. Recently the opponents of military aid dominated by intellectualy and politicaly, but now there is another powerful voice, and it was reflected in the preparation of a joint report made by several of the most influential American research institutes. The report is called "How to preserve the independence of Ukraine, how to resist Russian aggression, and what the US and NATO should do." This report has already been published this week.

This means that the intellectual and political community of Washington began arguing and there is the voice of the followers of the tought-American reaction to the crisis in Ukraine and the US involvement into support of Ukraine. The report explicitly states - what kind of weapons they should supply and how it needs to be delivered to the Ukrainians. We can conclude that after the January  separatists attack and the tragedy in Mariupol the new history of Ukrainian debate in European capitals has started, and frist of all in Washington. In accordance with the division of roles, Europe can strengthen sanctions, but America today is perhaps the only country that can do the military aspect of the story.

The debate began, and what they will lead to is still not clear. There were serious protests yesterday and today by another part of the Washington community, which believes that the Americans in any case can not get involved in the Ukrainian conflict because, in their view, the Ukrainians can not serve modern American weapons, and therefore, it is necessary to send American trainers in the conflict zone. Any death of an American instructor at Ukrainian battlefield can lead to the involvement of the two countries in nuclear catastrophe.

Sending American soldiers to Kiev will only deepen the tragedy

An example of such an article is an article by Thomas Graham, which was published in the Financial Times last night. The article states: "Kiev must say that Kiev can not win," and if to send US troops to Kiev, it will only deepen the tragedy. This statement was written by very influential American analysts who represent the Carnegie Foundation. The  polemic has started,  and it is difficult to predict how it will affect Obama's decision. But the fact remains, and the West began to think in the new paradigm of how to help Ukraine and how to stop the military aggression in the Donbas.

If after all the United States will decide on their participation in the conflict, then it is very difficult to speculate what will be the response of Russia. This is not about what Putin thinks in Moscow, it is more about the fact that we have a system of Russian autocracy, which at this stage of its development at the stage of decay and degradation, can defend itself only by military means, containment, coercion, aggression and the creation of spheres of influence around it.

The problem here is much more serious, the problem is in the logic of the system, not just in the Putin’s mood. I think it will be fatal for this system to admit defeat, but I am still not sure if it is ready to be engaged in a nuclear adventure. At least the debate around the Russian military doctrine and its updates, as well as Russia's actions in front of negotiations on nuclear non-proliferation suggests that the Kremlin very cautiously approaches the question of the use of nuclear weapons.

I do not think that the Kremlin is ready to get involved in a full-scale war in Ukraine, especially in a war with the West

Obviously, there is a feeling of certain pragmatism in the Kremlin, but it is still difficult to say where the Kremlin sees the red line which is impossible to be crossed under any circumstances. Even in case of a return to the Soviet practice of testing defensibility of the state - members of NATO when Russian bombers do overflights on northern route and fly along the border between Sweden and the UK, we still can’t say that such a war game goes into a disaster. We need to do everything possible to avoid it.