Tymchuk: 6 000 terrorists are concentrated in the area of Donetsk, probably, the offensive is planned there 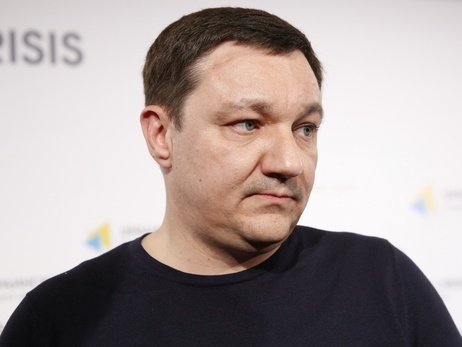 Tymchuk: The terrorists will lack forces for a full-fledged siege of Mariupol
Photo: focus.ua

Mariupol is fortified relatively well, it cannot be seized with a frontal attack, considers the coordinator of the Informational Resistance group and people’s deputy Dmitry Tymchuk.

6 000 terrorists are concentrated in the area of Donetsk, probably, the offensive is planned there, the people’s deputy and coordinator of the Informational Resistance group Dmitry Tymchuk reported in the comment to the GORDON .

According to Tymchuk, it is not going to be easy for the terrorists to seize Mariupol, the city is quite well-prepared.

"The point is that the characteristic feature of the Novoazovsk sector is that, due to the proximity of the Russian border, it is possible to considerably strengthen this group with Russian regular troops and mercenaries and increase its strength by a half or even twice. It is hard to make any conclusions now. I am just wondering what the Russian troops will achieve if there is a large-scale offensive at Mariupol? We perfectly know that Mariupol is fortified quite well. The Secretary of the Council of National Security and Defence inspected its defence in February. The issue of defending Mariupol is raised at the highest level during all meetings. They will not be able to seize it with a frontal attack," the expert reported.

Tymchuk thinks that the terrorists will lack forces to siege Mariupol.

"We can see that there are attempts to push the Ukrainian troops to the north. They are exploring the possibility of attacking along the flanks. However, if they turn from the north, there will be a possibility of a siege. To lay this siege, they will have to control a rather vast sector from the north and from behind Mariupol. We do not think that the terrorists have enough forces now to control such a large area. Theoretically, everything is possible. Moreover, we can see our brave General Staff organize defence at the example of Debaltsevo. So I would not predict any scenarios now. As far as I am concerned, the offensive at Mariupol is quite unlikely, but it cannot be ruled out," Tymchuk summed up.