Tymchuk: Terrorists use mobile mortars so that the OSCE could not register fire 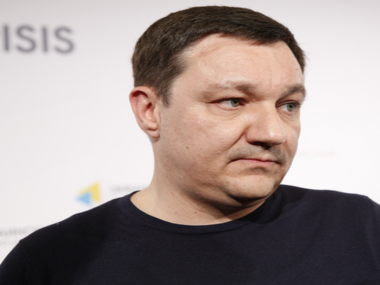 Tymchuk: The Red Cross declared that there was a military conflict in Ukraine, but it did not specify its type
Photo: slovoidilo.ua

If the officials declare that the truce is observed in general, it is rubbish, considers the military expert and people’s deputy Dmitry Tymchuk.

Terrorists in Donbass try to use mobile weapons so that the OSCE representatives could not register fire, the military expert and people’s deputy Dmitry Tymchuk said in the comment to the GORDON .

"Now we can register fire in three directions – Mariupol, Debaltsevo and the north of Lugansk region. Fire comes from all types of weapons. Generally, it is calm in other sectors, however, individual shelling takes place at times, chiefly from mortars. Terrorists use mobile mortars with a calibre of 82 and 120 mm. They came, fired and left quickly. It is all done so that the OSCE, or rather the adequate part of it, that is representatives of the European countries, could not register fire. If there are equipped positions, obviously, it is easier to control that the fire comes from them," he reported.

According to Tymchuk, Ukrainian troops also open fire in response to shelling.

"We only responded from small arms in case of fire and assault attempts before afternoon yesterday, but then we started using artillery. Taking into account how actively the Russian terrorist troops use artillery – both non-rocket and multiple rocket systems, and mortars – it is very difficult to fight back using only small arms; we can thus find ourselves near Kharkov soon," the expert stated.

Tymchuk believes that the talks about the truce are far from reality.

"If officials declare that the truce is observed in general, it is rubbish. Starting from mid-January and until signing of the second Minsk accords, we registered attempts of the offensive in most sectors, and now we see only three main directions in which the bandits try to seize new territories. These are the Debaltsevo area, Novoazovsk direction (or rather Mariupol) and Shchastye, Stanitsa Luganskaya, that is the north of Lugansk region. If they see the present contact lines as the basis for the agreement, just look at the map and see how much the terrorists have seized since September 19. If they want to restore the status quo, there must be some additional negotiations, and then the terrorists must retreat to the territory they had as of September 19, and, accordingly, we get settled where we managed to seize some areas. There must be adequate mutual steps. We cannot surrender territory to them," the expert said.

It is necessary for Ukraine that the international community should register the fact of external aggression, Tymchuk considers.

"The martial law will probably resolve some political issues and will facilitate work in the foreign political scene in terms of the legislative basis for Europe and the West to impose further sanctions and help Ukraine. However, even in the foreign political scene, we need international organizations to recognize that there is not an internal conflict but external aggression in Ukraine. Then the arms exporters will have a free hand, and Western national governments will be able to freely provide us with military assistance. But there is no such definition so far. In late July, the Red Cross, which, according to the international law, is entitled to categorize conflicts, declared that there was an armed conflict. However, they said А, but did not say B – they did not specify the type of the conflict. Six months have passed, but we have not found out the type of the conflict from the Red Cross that is under a strong influence of Russia," Tymchuk said.

In his opinion, there is no need to introduce martial law in the country.