Volynets: Yatsenyuk’s reforms are not elaborated or publicly discussed. I think it will be a failure 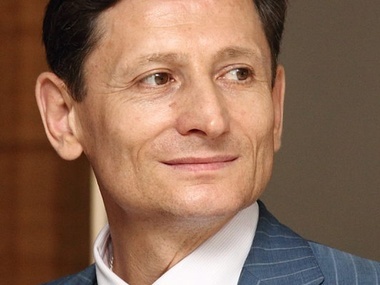 Volynets regards the plan of reforms proposed by the Cabinet of Ministers to be unelaborated
Photo: sockraina.com

The Head of the Independent Miners’ Trade Union of Ukraine Mikhail Volynets considers that the government curtails budget expenditures at its own discretion without a social dialogue with the public.

The action program of the Cabinet of Ministers adopted without public discussion may cause people’s distrust towards the government. The former deputy and Head of the Confederation of Independent Trade Unions Mikhail Volynets stated it in his comment for the GORDON edition.

"Yatsenyuk’s reforms are not elaborated, they are not discussed with the participants of the social dialogue, they are initiated by him unilaterally and will not be supported by the Ukrainian population. It will cause more distrust towards the government, and it is bad because of people lack trust to the government in such difficult times, these reforms will not be supported or accepted. There is too much senselessness and irresponsibility. I think that it will be a failure. People cannot support actions of one person who does nonsense," Volynets believes.

According to the trade union leader, the governmental policy in coal industry raises many questions.

"Did anybody consult anyone? Why is it done? As a coalminer who is related to the energy field, I do not understand why state-owned mines controlled by Ukraine stop working. Why do not high-capacity mines work? Why some enterprises that have large coal stocks unload coal right on the ground and suffer from great losses while thermal power plants lack coil, whereas other enterprises that do not have stocks just stop working and suffer from large expenses on ventilation, maintenance of elevating gears, etc. At the same time, defaults in salary payment in the energy market have already UAH 2.7 bln," the Head of IMTU stated.

"Everyone owes to everyone, nobody can continue working normally. Winter has started, miners are not paid salaries, mines are idle, there are rolling blackouts all over the country and everything stops. What is it? What do the authorities and the government do, what are they responsible for?" Volynets noted.