Belkovsky: Figures close to the Kremlin will announce soon that the West and Ukrainian nationalists were involved in the events in Grozny 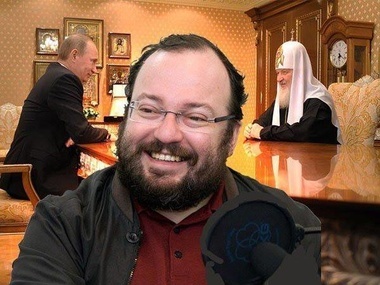 The Russian political scientist Stanislav Belkovsky commented on the events in Grozny at night December 4, regarding them as evidence to the escalation of conflict between the Chechen elite and Kadyrov, and shared his opinion on Putin's message to the Federal Assembly of the Russian Federation in an exclusive interview to the GORDON .

– Stanislav Aleksandrovich, in your opinion, are the events in Grozny at night December 4 a local act of terrorism or beginning of a military conflict in the North Caucasus?

– I do not exclude that it is the beginning of a large-scale terrorists’ action. There can be an increasing conflict in Chechnya caused by the fact that considerable part of the Chechen elite has been dissatisfied with Ramzan Kadyrov since long ago. After defeat of Yamadayev brothers’ group he had no obvious enemies, but it does not mean that he has no hidden enemies.

– A witty joke appeared in the Facebook right away: "Putin has to hear Chechnya and hold a referendum on its leaving the structure of the Russian Federation"…

– I personally support the idea of granting independence to Chechnya, but neither Putin nor Kadyrov adheres to this point of view. Putin – because pacification of Chechnya was his first major achievement as a president, as he thinks. Kadyrov – because he does not need to leave the structure of Russia at all. De facto, he is an uncontrollable leader of an independent state where only his own law works, but de jure Chechnya as a territorial subject of the Russian Federation can use the federal budget and other benefits provided by Russia.

– And will they look for a "Yarosh's business card" in Chechnya?

– Certainly, they will because Putin attributes all troubles rather to mystical than real enemies. Therefore, figures close to the Kremlin will soon announce the version that the West are involved in the events in Grozny and Ukrainian nationalists can be part of Chechen terrorist underground groups.

– This version seems doubtful to me. There is a discrepancy here: Putin works in his residence in Novo-Ogarevo, and he goes from there to the Kremlin by helicopter, not by car.

– And what is your attitude to the version that events in Chechnya are provoked by the West in order to open a second front for Russia?

– I am sure that the West has nothing to do here. I do not see any influential forces either in the USA or in Europe today that would be interested in destabilizing the North Caucasus.

Judging by Putin's address to the Federal Assembly, he is ready for further opposition against the West, and it actually means continuation of war against Ukraine

– Putin made another address to the Federal Assembly. What do you think is ciphered in it?

– That he is ready for further opposition against the West, and it actually means continuation of war with Ukraine which he does not considers as an ultimate goal but rather than a space for his fight against the West. There is nothing new or sensational in it. The address consisted of two parts. The first part concerned international policy and Ukraine – Putin was very inspired in this part of the speech, it is obvious that this subject is pleasant to him.

But the second part of the message concerning the issues of domestic policy and economy was boring for Putin, and he just muttered through it, told many stories and facts that have no connection with the Russian reality. The speech was absolutely predictable in terms of the contents. The conclusion is that the war in Ukraine will continue, but nobody knows its rates.

Putin needs to keep hearing that he is a great leader, and Western managers who act counter to him simply envy his leadership skills

– The other day, the Deputy Minister of Foreign Affairs of the Russian Federation Nebenzya called Western leaders "dull managers" and cited Putin as an example who, in his opinion, cannot be surpassed. A very "subtle" diplomatic move…

– Probably, Putin needs some psychological support today. He has to keep hearing from someone that he is the great leader, and Western managers who act contrary to him simply envy his leadership skills. Certainly, it is a reflection of Vladimir Vladimirovich’s internal complexes. You know when a gentleman keeps telling about his amorous victories, there is a suspicion that he is an impotent man.

If a person constantly focuses on his leadership skills, it reflects his deep internal doubts about their existence. Besides, Putin cannot be connected directly with Western leaders because institutes of the power actually govern in the West, and state leaders are only managers in them. The Russian leader contains the whole Russia in himself as there are no real political institutes in it," Belkovsky said.

– Do you think it right that foreigners are appointed to ministerial posts in Ukraine?

– Why not attract foreigners to governmental positions if they are considered optimum experts in a certain field? Besides, they are nominally independent from Ukrainian oligarch clans. Ukraine should break up with the past and look ahead as Saakashvili did it at some point attracting people of Georgian origin, but with other citizenships to the government. And the youth who did not manage to enjoy the fruits of Georgian corruption.

– New ministers were immediately granted Ukrainian citizenship. You were willing to become a citizen of Ukraine, too, but you have not received an answer for a long time? Has anything changed?

– Not yet. Probably, the Ukrainian authorities do not need me as a Ukrainian citizen.