Chornovil: When people say, "War to the finish", I understand that someone wants to see Russian tanks in Odessa and in Kharkov 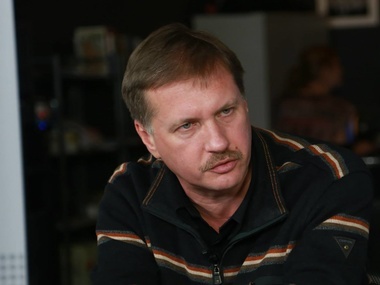 Until Russia is weakened by sanctions and fall of oil prices, it is important that the process of negotiations and control of direct aggression continues. This opinion was expressed by the ex-People's Deputy, former member of the Party of Regions Taras Chornovil in his interview to the "GORDON" .

Ukraine cannot renounce Minsk accords, we needed them ourselves, considers the ex-People's Deputy, former member of the Party of Regions and political expert Taras Chornovil.

"We were facing a very serious full-fledged threat from Russia. Russia did not even hide that its interests in Ukraine are much wider than some bits in Donetsk and Lugansk regions. During the last months, in fact, since June, we were engaged in an important if not productive activities, involving the Russian Federation in different negotiations in various formats with a large number of intermediaries so that it would get stuck in different negotiations," he said.

"It simply kills me when I hear from our and other experts, "Well, Ukraine is involved in negotiations thanks to Minsk. We cannot reach anything, we cannot do anything". What can we do? We are at war against Russia. There is the Russian army against us. They can partially withdraw troops for some period, and we understand even during this period that our attack at the terrorists automatically becomes the beginning of new bombings," Chornovil declared.

In his opinion, Russia only looked for a pretext to carry out bigger interventions and to break the way to the Crimea from the Azov Sea, and thus to encroach on other areas. "Perhaps, they do not consider encroaching on Kiev, but it is interesting for Russia to involve Ukraine in direct opposition, in direct war. It is obvious that Ukraine will not take any steps that could be treated as pretexts for a big war. But the absolutely unpredictable, uncivilized neighbor in the person of Putin's Russia can still start actions that we are not yet ready for. We can resist their tanks, we learned this with a great number of victims. But we cannot resist to their intermediate-range missiles they launch against Ukraine from their territory," Chornovil declared.

"Man’s life does not matter to them. We have no spotters in their territory, and they have some. Every time they fired long volleys before this so-called truce, they hit the target because they knew where to launch missiles, they knew precisely where the shelters, command posts and all the rest were located," the politician reported.

"Actually, until Russia is weakened by economic sanctions and the fall of oil prices, it is very important that the process of negotiations and control of direct aggression continues. One day, perhaps, there will be a question of not simply returning the territories, but also about war in the territory of the aggressor. Perhaps, we will remember one day that they have to pay us indemnity. All this can be in the near future, after all Russia is a colossus on clay feet, and it will start falling sooner or later," Chornovil said.

According to him, the beginning of direct serious war with Russia means that there has to be a victory parade somewhere. "I like to say in this case that if speak about war to the finish, the finish is a victory parade on a central square. Where? Moscow? – it is impossible so far. Kiev? – well, thank God, it is almost unreal already. But, regretfully, it is quite possible on the central square of Kharkov. And there is a great threat that it will happen somewhere in Berdyansk or Genichesk, or Mariupol," he considers.

"In my opinion, a formal way out of the Minsk process is only favorable to Moscow today; it is stuck in it, it has many ties with the Western countries, it cannot renounce them itself. They very much expect is to do it. If we do this, it will be the greatest gift to Russia because it will be Ukraine that will get all kicks and bumps, and they will embark in the right direction very soon. I think that they will take both Mariupol, and Berdyansk, and Genichesk, and Melitopol in this case. They will follow this direction very quickly," the ex-people's deputy reported.

In his opinion, formally, Minsk accords tie hands to Moscow anyway. "Not because it owes something to us but because it has to play its own games with the Western world. Therefore, it will untie Moscow’s hands if we threat to renounce the Minsk process, we cannot renounce all the accords, though we can withdraw or cancel separate points; it is very important not to pass the bounds. There are many opponents to my point of view. When people say "War to the finish", I understand that opponents of my point of view want to see Russian tanks in Odessa and in Kharkov as soon as possible," Chornovil summed up.