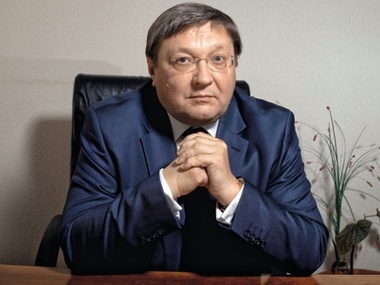 Suslov believes that the NBU will soon see wrongness of its policy
Photo: pl.com.ua

Ex-Minister of Economy Viktor Suslov believes that the National Bank and the government undertook rigid administration of the hryvnia rate because they cannot maintain the market value of the national currency.

PhD in Economics and former Minister of Economy of Ukraine Viktor Suslov thinks that the National Bank and the government have eliminated the hryvnia market rate. He stated this in his comments to the GORDON edition.

"The hryvnia market rate has been eliminated in Ukraine. The National Bank has taken a rigid administrative approach, which is evidenced by the NBU auction results. “Grey” and “black” market rates are formed that are quite different from the actual ones and that continue to go up. I suppose that the exchange rate “scissors” will grow if the National Bank sticks to administrative regulation largely pushing currency transactions to the “black market”. It is what can be forecast until the end of the year until the NBU and the government see that the fallacy of this policy", Suslov notes.

"The rate is the final product of a great number of processes, so, in order to balance it, the balance of payments should be maintained, which demonstrates losses of one fourth to one third in the CIS markets, first of all, in Russia. Instead of struggling for these markets, Ukraine, according to many parameters, leaves these markets introducing restrictions. Naturally, the currency imbalance increases and it ought to increase", thinks the expert.

Viktor Suslov underlined that the policy pursued by the NBU may result in the shortage of imported goods.

"Even the results announced after the NBU auction on 2 October demonstrate that many importers were banned from selling currency. It will be followed by the situation when imported goods in several categories will start disappearing. As a matter of fact, the National Bank along with the government shift to a system when currency will only be sold for critical import items. It means where they think it necessary to buy goods. In general, it is sensible, there is no other way out. Unless the policy changes in other aspects, there is no way out. It is necessary to ensure sales in order, for instance, to purchase medications, equipment, in order not to bring oil processing industries to a stop, etc.", he believes.

According to Suslov, the principal condition for hryvnia rate stabilization is cessation of hostilities in Donbass.

"Certainly, it is easy to talk about attracting investors, but investors declared at the forum involving the prime-minister and the president that there will be no investment while the country is at war. Therefore, the first pre-requisite for improving the economic and the exchange rate situation is surely actual implementation of Minsk arrangements by all parties and cessation of hostilities in Donbass. Probably, one of the conditions is the signing of the law on these special terms of local self-government. It has not been signed yet, I suppose, though it has been approved at the Verkhovna Rada. A series of steps have been taken to settle the situation, but they have not been completed. Therefore, political factors come to the foreground influencing the economic situation. Besides, there are issues of economic policy, unfavorable investment climate, etc. However, until all this is settled, the course will obviously be administrative ", stated Viktor Suslov.