Fesenko: Talks in voluntary battalions "If something goes wrong, we will go to Kiev" is a gift to Putin 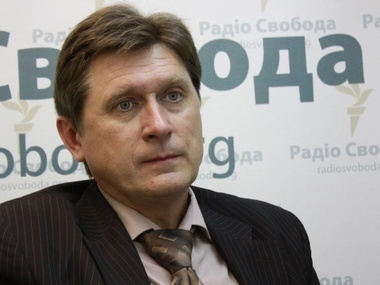 "Makhnovism" that is traced in the actions of some voluntary battalions can cause destabilization in the country, considers the political scientist Vladimir Fesenko.

Voluntary battalions should fear their own uncontrolled actions because they will discredit them among the public and, as a result, will result either in their disbandment or reorganization – this opinion was expressed by the political scientist Vladimir Fesenko in his comment  to the "GORDON" .

"If this "Makhnovism", which, unfortunately, can be traced in the actions of certain active battalions and their commanders, persists, unfortunately, it may cause conflict situations and destabilization of the political situation in the country. And this will be a problem for the country, for society, and not only for the government. So far, the only manifestations are the low level of discipline and occasional offenses, when individuals in battalions consider that war gives them the right for anything," he said.

Fesenko considers that these are rather separate manifestations that have not become a menacing tendency so far, but it is better to cure the illness from the very beginning.

"I would not be dramatizing the situation now, as Kiev prosecutor said (Fighters of "Aydar" who go to town with guns, pose an internal threat as they can make a military coup, the prosecutor of Kiev Sergey Yuldashev declared –  GORDON ). However, if one battalion can carry out a coup d’etat – we are turning into an African country. I do not believe it," the political scientist said.

According to him, it is time to introduce proper order in security agencies.