Historian Felshtinsky: Putin Introduces the New Rules of the Game: The Game without Rules 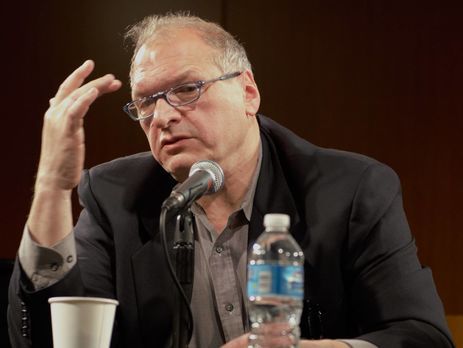 Sergei Skripal, an officer of GRU (Main Intelligence Directorate – military intelligence agency in Russia), who was convicted of high treason, was possibly poisoned by the nerve gas in the British town of Salisbury. American historian Yuri Felshtinsky in exclusive article for GORDON explained the possible meaning of these new atrocities by the Russian secret service.

The cases of poisoning of former secret service agents at home or abroad, were still the most common way of elimination of the enemies

The 2010 exchange of colonel Sergei Skripal for ten Russian “sleepers” who were arrested in the United States was not what you would call a “typical” exchange. Never before had Soviet or Russian government had exchanged Russian (or Soviet) citizen spies for their own secret service agents who were caught while abroad. Foreign spies working for the foreign countries and caught in Soviet Union/Russia were often exchanged but Russian/Soviet citizens spying for other countries were never before exchanged for Russian/Soviet secret service agents. It seems that in 2010 the Kremlin had no choice as they wanted to get back the Russian spy team of ten that was caught in the United States, including the “famous” Anna Chapman.

It appears that from his first day in the United Kingdom, Skripal had remained in serious danger without realizing it, since no one has before “touched” the exchanged spies. At the same time, the cases of poisoning of former secret service agents, as well as the cases of poisoning of the opponents of the current Russian regime, at home or abroad, were still the most common way of elimination of the enemies. Imagine how the US or British secret service would have looked if they assassinated by poison in Moscow those agents who were exchanged earlier – e.g., Anna Chapman and other members of the crew of ten who were exchanged in 2010, injuring innocent bystanders in the process?

Assassination by poison, as compared to assassination by fire arms, always complicates the investigation. One must establish first that the victim was indeed poisoned. Then one must attempt to establish the type of poison that was used and who could have done it. It’s extremely challenging to prove anything. In the case of Alexander Litvinenko, for example, who was poisoned on November 1, 2006, the investigation took several years. Even after all of the charges were proven in the British Court of Law and made known to Kremlin, no one took the responsibility for the murder.

In the case of Skripal, we will undoubtedly face similar difficulties at all stages of the investigation, with Vladimir Putin and his cronies laughing in our faces and rendering the whole thing a farce, since he already paraphrased a well-known phrase from the Stalin-era movie about a Russian historical figure Alexander Nevsky – “Who comes to us with the sword, dies by the sword.” To that end, Putin stated: “Those who serve us poison, will poison themselves”.

Even more tragic is the fact that other members of Sergei Skripal’s family perished under mysterious circumstances: his wife – in 2012, his son – in 2017. Only the daughter remained, who now was poisoned together with him.

We are not yet sure of the type of poison used on Skripal. Likewise, as was the case with Litvinenko, we are not certain whether he would survive. Litvinenko was poisoned on November 1, 2006, and died on November 23, 2006. While many details are still missing, the analogy with the Litvinenko case is obvious. In addition, assassination by poisoning is not the first instance of that type of occurrence both in Russia and abroad. We may recall the assassination of Litvinenko (2006) and of the businessman Alexander Perepelichny (2012) in London, as well as poisonings with deadly results of Yuri Schekochikhin (2003) and Roman Tsepov (2004) in Russia. Thus, poison remains the “favorite” means of elimination for the Russian secret service.

The list of those who died in London under mysterious circumstances is also quite impressive. It includes, among others, the British citizens. We should not forget that two businessmen who had connections to Litvinenko – i.e., Badri Patarkatchshvili and Boris Berezovsky – also died under mysterious circumstances. Mr. Patarkatchishvili, who was relatively young, died in 2008 of a heart attack, and Mr. Berezovsky was found hanged in 2013 at the home of his ex-wife.

If the spy who is exchanged may later be assassinated, what sense does it make to have an exchange

Unfortunately, after Mr. Litvinenko’s death, the only conclusion that the Russian government made was that there is not punishment for the crime. Russian government is no longer bothered by the opinion of the West. After all these deaths; after the invasion of Georgia in 2008; after the annexation of Crimea and invasion of Ukraine in 2014; after meddling in the elections of a number of the European countries, as well as the meddling in the US elections of 2016; after the last President Putin’s speech, in which he directly blackmails the entire civilized world with the threat of a nuclear war, it is clear that the Kremlin could not care less about the world view of their actions.

The assassination of a political rival, be it of Anna Politkovskaya in 2006 or of Boris Nemtsov in 2015, is always a warning. This is one of the fundamental rules of the Russian secret service (FSB and GRU), which dates back to the Soviet-era KGB and Stalin-era NKVD. This brutal rule involved the approach that any defector must be eliminated at first opportunity. Those who defected during the Stalin era were eliminated in near entirety. During the Soviet era not many have defected, but mysterious deaths and obvious assassinations happened then as well. For the Russian defectors, this was neither news nor an unexpected event. All of them understood that they remain under the deathly threat. However, what was new for all of them was the elimination of the family members of a defector or of an exchanged spy.

The first obvious observation is that the opponent of Russian regime/Kremlin/Putin/FSB/GRU now risks not only his/her own life but also the life of the family members. The second obvious observation is that the spy exchange is rendered meaningless. If the spy who is exchanged may later be assassinated, what sense does it make to have an exchange – if the Russian side may still “take care of” not only the former spy, but also of the members of the family? This was the “special” treatment reserved for Lev Trotsky – before assassinating him in 1940, Stalin first killed his younger son Sergei in USSR in 1937 and then his older son Lev in Paris in 1938.

Perhaps, an attempt to eliminate Skripal is also a threat to all Russian citizens, who were involved in a long and complicated FSB operation to interfere in US elections of 2016, leading to the Donald Trump victory. Mueller’s commission investigation continues. Under the auspices of that investigation, numerous Russian citizens could be asked to provide their input for the investigation. If your actions lead to the responsibility of you and your family members, you are risking quite a bit and this becomes a whole new level of risky.

One way or the other, Putin has rewritten the whole tradition of the spy games, substituting new for old – no rules from now on.