Volunteer Kasyanov: It is enough to leave Kiev and go to Donbass to find evidence that the war is going on as it did 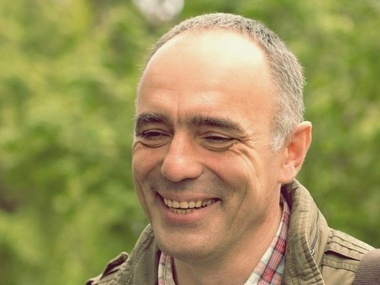 A long break in military operations was necessary for accumulation of power, and peace agreements could hardly affect it in any way, considers the volunteer and organizer of the initiative "SOS Army" Yury Kasyanov.

It is no sense carrying out new negotiations like in Minsk, the volunteer and organizer of the initiative "SOS Army" Yury Kasyanov said in the comment to the "GORDON" .

According to the volunteer, the Ukrainian army is becoming stronger during the negotiations, but it should not be forgotten that the opposite side is doing the same. "And the opponent often does it in a more effective way. If we practically have to build the army from scratch, buy new armament systems and provide people with everything, Russia just needs to relocate troops from other regions to our territory, that is the break was more effective for them," Kasyanov declared.

Kasyanov reported that the military operations do not stop despite the Minsk accords.

According to him, there are lulls during war irrespective of whether a truce was concluded or not.

"Read the history of World War II and the Great Patriotic War – there was a calm period between the Moscow fight near Moscow in 1941 and the Battle of Stalingrad when there were fights of local nature. Read Remarque’s "All Quiet on the Western Front". What peace does he describe? Just without changes. The same thing here. Each party is accumulating power. It never happens so that there are offensive actions all the time. It cannot continue forever. There was a rather long break between attacks for accumulation of power. Peace agreements could not really affect it in any way, it was an inevitable decrease in the fighting activity," Kasyanov noted.

The volunteer believes that the government of Ukraine is obliged to emphasize that the territories of Donbass are still part of the state.

"Issuing a decree on the economic blockade, it was necessary to issue another decree, or to state it in the first one, that these territories will be returned to Ukraine as soon as possible, and then to take some measures to it. If it was not supported with any statements, it may appear that the central government of Ukraine refused from these territories and does not actually hope for their return soon," Kasyanov summed up.