Paskhaver: If reforms do not begin, there is a threat of economic collapse, not even default 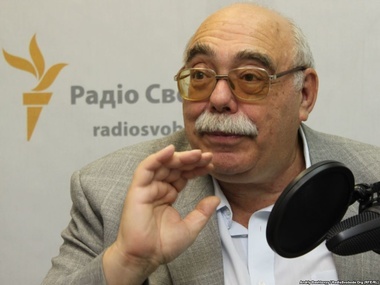 Financial support of the West saves Ukraine from the problems with payments for external obligations, the famous economic expert and President of the Center of Economic Development Alexander Paskhaver declared.

There will be no default in Ukraine as long as the West gives money for the country’s repaying debts,  the economic expert Alexander Paskhaver said in the comment to the  GORDON .

According to him, there is a threat of economic collapse in Ukraine, rather than a default.

"There is no threat of default now, and we will see what will come next, after all, help is limited, too. The word "default" is simply a symbol. Let us replace the word "default" with a much scarier word "collapse". If we do nothing, there will be a threat of collapse rather than just a default. Collapse is a loss of control over economy when the steering wheel stops working. Imagine a car on the road, and the wheel does not work, it is how the state will look like if we do nothing," Paskhaver declared.

The economist considers that reforms should be initiated as soon as possible.

"It is necessary to carry out system reforms and begin with corruption. The sooner we begin the better. Results will not even be so crucial; the most important thing is that the whole world will see that we really do something. It will be enough," Paskhaver said.