Former Head of the Press Service of the Ministry of Internal Affairs Polishchuk: Zguladze’s charisma and desire for reforms is a plus, officials resisting to them are a minus 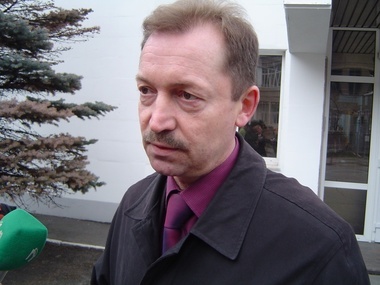 Polishchuk: We by ourselves are ready to pay bribes till death
Photo: drda.org.ua

Zguladze succeeded in carrying out law enforcement reforms in Georgia, however, there are many officials in Ukraine who will oppose them, the former Head of the Press Service of the Ministry of Internal Affairs Vladimir Polishchuk stated in the comment to the  GORDON .

"It is necessary to begin with something, and Eka’s appointment to this position is a good sign because her reforms of the Georgian law enforcement system were successful. Another question is whether she will manage to carry them out here. Her charisma and desire is a plus, and the bureaucratic machinery that does not want any changes is minus. Who will win this fight is a matter of time, her abilities and the officials’ ability to resist reforms," Polishchuk reported.

In his opinion, Ukrainians are characterized by a high level of corruption tolerance.

"I speak about the whole law enforcement system that includes courts and other law enforcement agencies, and the Ukrainian mentality in general. Research shows that Ukrainians have a very high level of corruption tolerance. We are ready to pay and we pay bribes from our birth to the death. We pay a USD 1000 bribe in the maternity hospital to the doctor who assists in childbirth, and we also pay a bribe for a good place on the cemetery," Polishchuk said.

Polishchuk considers that the situation can be improved.

"However, it does not mean that the level of corruption tolerance cannot be overcome by radical actions, by the influence of civil society on the minds of officials and citizens. Georgia was also considered a country with a very high corruption, not a single problem was resolved without a bribe there. Eke Zguladze and other reformers managed to break the situation," he mentioned.

According to the expert, Ukraine has special features that will prevent from dismissal of law enforcement officers at fault.

"It is more difficult to do it in Ukraine. Dismissal of militia officers suspected of bribery can cause financial losses. The state will have to ensure social guarantees to those who were dismissed on suspicion or was forcedly dismissed after a certain term of service," Polishchuk declared.